In addition to the digital-only $39.99 USD Standard Edition of Monster Hunter Rise: Sunbreak, a special $49.99 USD Deluxe Edition will include the expansion in addition to bonus content such as layered armor sets, gestures, and hairstyle. Players can also purchase the limited Collector’s Edition (physical only) for $99.99 USD which will contain a digital voucher for the Deluxe Edition of the expansion in addition to physical items such as a sticker pack, enamel pin, steelbook case and an amiibo figure of Malzeno, the expansion’s flagship monster.

Players who choose to purchase any version of Monster Hunter Rise: Sunbreak early will receive the “Loyal Dog” and “Striped Cat” layered armor sets for Palamute and Palico companions. At launch, players on Nintendo Switch will also be able to purchase three new Malzeno-inspired amiibo that unlock special layered armor for their hunter, Palamute, and Palico pawtners.

Monster Hunter Rise: Sunbreak is planned for launch on June 30, 2022 for both Nintendo Switch and PC via Steam. 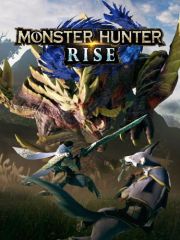