The action RPG franchise returns with a new open world

Players take on the role of a Tarnished, a visitor from another land washed ashore onto the edge of the brutally broken realms of The Lands Between. Devastated by the shattering of the Elden Ring, which kept peace and order throughout the land, players must hunt down former rulers and demi-gods to piece the Elden Ring back together and take the mantle of Elden Lord.

Equip skills to weapons from a myriad of options found throughout the land to further expand and enhance combat options. Players can also summon spirits they find on their journey to fight alongside them to help even the odds against tougher foes. 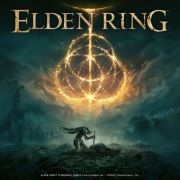 All videos for Elden Ring (4)