Developer and publisher Sloclap have announced that the Kung Fu action game Sifu is available today.

Sifu is set in a fictional Chinese city where players uncover an ancient mystery via a series of difficult confrontations. Fighters will need to rely on a mastery of Kung Fu and a magical pendant that revives them after death. The cost of magic is dear, however, and drastically ages a fighter with each revival.

Fans can look forward to planned future content and DLC for Sifu, including a coming free update incorporating an all-Chinese (Mandarin) VO version currently being recorded in Beijing. 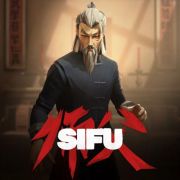 334. The Life and Suffering of Sir Brante
PC
Related Games