505 Games has announced that Ghostrunner is getting an expansion called Project_Hel.

Playres can take control of Hel, one of the original games’ bosses, as she descends Dharma Tower on a quest of her own. Designed to appeal to new players and veterans, she’s more combat-oriented and can survive an additional attack compared to the original Ghostrunner. Ghostrunner out in October
Ghostrunner action game in development
Prev:
Deep Rock Galactic coming to PlayStation
Next:
Free PlayStation Plus games for December 2021 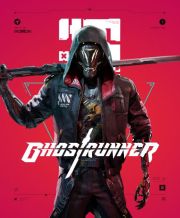 Our Review of Ghostrunner
70%
Good
Reviewed on Xbox One
"A furiously fast, but anger inducing adventure"
Game Ranking
Ghostrunner (Xbox One) is ranked #1090 out of 1788 total reviewed games. It is ranked #59 out of 131 games reviewed in 2020.
1089. Need for Speed Heat
PlayStation 4
1090. Ghostrunner

All videos for Ghostrunner (5)