Piranha Bytes have announced that the science-fantasy RPG ELEX II will launch on March 1, 2022.

ELEX II returns to the post-apocalyptic Science Fantasy world of Magalan, with massive environments that can be explored with unrivaled freedom via jetpack. 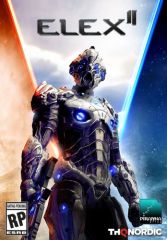