SEGA has announced that Football Manager 2022 is out now.

FM22 on PC and Mac is available from Steam, Epic and the Microsoft Store. Those who have been enjoying the FM22 Early Access Beta can simply quit and restart the relevant launcher and the game will update to the full release build. All single-player progress made in the Beta will automatically carry forward.

Those purchasing a physical copy of FM22 will notice that, for the first time in the series' history, there is no disc included in the box. In place of the disc, you'll receive an activation code for Steam.

Today also marks the release of Football Manager 2022 Xbox Edition, available from the Microsoft Store, after a successful return to the platform last year. Both FM22 and FM22 Xbox Edition are available with Xbox Game Pass from launch.

Football Manager 2022 Touch (Nintendo Switch) is also now live on the Nintendo eShop and FM22 Mobile is now available for download from the App Store and Google Play. A Hat in Time

Dark Souls 3
Online
There are currently 0 members and 70 guests on the website right now. Who's On?
Activity in the past 10 minutes: 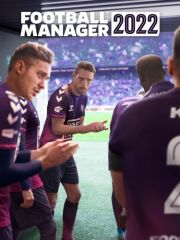