Over 9 million players already in the sports title

Electronic Arts has announced that FIFA 22 has a strong sales start thus far.

In the future, EA says they will be "exploring the idea of renaming the global EA SPORTS football games. This means reviewing naming rights agreement with FIFA, which is separate from all our other official partnerships and licenses across the football world." 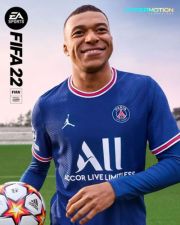