Although the new name of Rainbow Six Extraction and a launch date of September 2020 was announced just last month by Ubisoft, the publisher has now announced the delay of the game.

Rainbow Six Extraction will now launch in early 2022. Alongside Riders Republic, the delay is said to be for more opportunities for players to test, play firsthand and give feedback, and is the right decision for the players and for the long-term performance of Ubisoft's games.

Rainbow Six Extraction is a PvE co-op experience where up to three players can form a squad composed of Rainbow Six Operators who have joined Ash, Mira, and Thermite to form the Rainbow Exogenous Analysis and Containment Team (REACT). To confront and eventually contain a growing alien threat known as Archæans, your squad can choose from a roster of 18 Rainbow Six Operators, each with their own set of gadgets, weapons, and abilities.

The game is planned to release on PC, Xbox One, Xbox Series X|S, PS4, and PS5.

Assassin's Creed: Brotherhood
Online
There are currently 0 members and 98 guests on the website right now. Who's On?
Activity in the past 10 minutes: 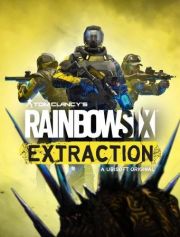