Updates to Cold War and Warzone are set to launch shortly

Activision has announced that Season Four of Call of Duty: Black Ops Cold War and Warzone is ready to begin starting on June 17.

The new DLC drop offers 3 new Operators, including one from Requiem HQ, and 5 new weapons. To Cold War multiplayer the update brings four Multiplayer maps, including Collateral (12v12) and Collateral Strike (6v6); Amsterdam (2v2 and 3v3); Hijacked (6v6); and Rush (6v6). It also adds new Sat-Link Multiplayer Mode, along with One in the Chamber and Capture the Flag. Also added is The Hand Cannon scorestreak. Zombies fans will recieve Welcome to the Zoo — New Outbreak Region, Main Quest, and Intel.

In Warzone, players can lookj forward to Satellite Crash Sites; The Red Doors; and Hijacked Gulag. A Dirt Bike has been added, the Downtown Tower is Under New Management; and two new game modes, Including Verdansk Resurgence Mini at Launch.

Call of Duty: Black Ops Cold War and Warzone are available on PC and current and last-gen consoles. 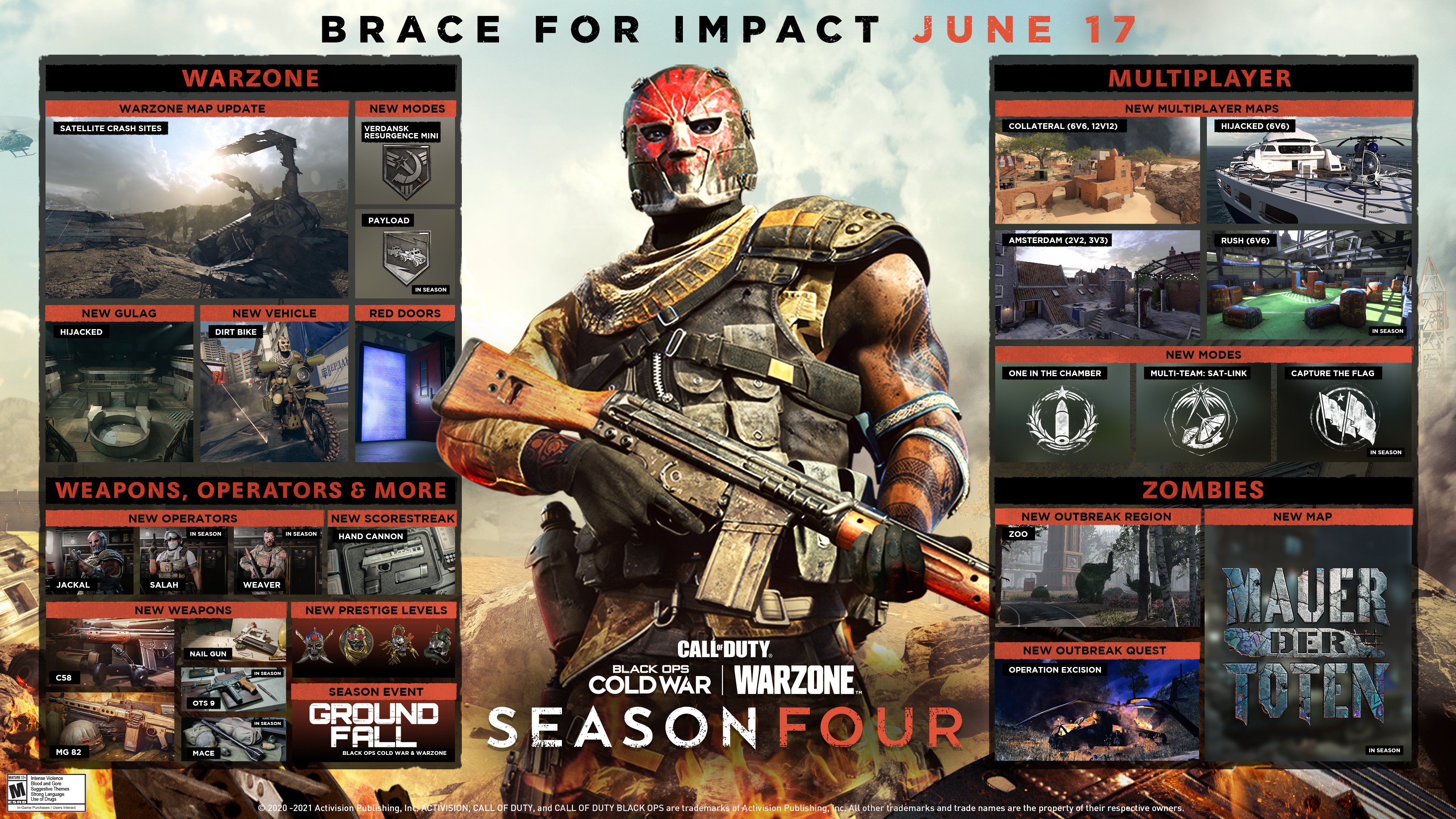