Ubisoft has announced that Riders Republic has a new launch date of September 2, 2021.

Developed by Ubisoft Annecy, Riders Republic invites players to jump into a lively social playground where they can experience the thrill of outdoor sports in an open and densely populated world. Players can roam freely with their friends in an open world where and compete through a range of sports such as biking, skiing, snowboarding, wingsuiting and rocket wingsuiting.

As part of their career, riders can make a name for themselves through five different career progressions. As players continue to prove themselves in the Republic, they will sign with legendary sponsors and receive invitations to the most renowned sports competitions, including Red Bull Rampage and the X Games.

Riders Republic promises to support up to 50 players on-screen simultaneously along with 4K at 60 frames per second on Xbox Series X and PlayStation 5. Players who purchase Riders Republic on Xbox One or PlayStation 4 can upgrade their game to the next-gen version at no additional cost.

Players who pre-order Riders Republic will receive the Bunny Pack. Also available is the Gold Edition which includes the base game and the Year 1 Pass with eight exotic kits that allow players to modify gameplay in the form of gear upgrades throughout the year, the BMX Sport add-on plus exclusive content added after launch. Rocket Bike and Rocket Ski exotic kits will be available at launch. There's also an Ultimate Edition with the base game and the Year 1 Pass as well as four exclusive cosmetic packs. Players will also get 20 helicopter tickets to reach their favorite in-game summits faster than ever.

Riders Republic launches on September 2 for PS5, PS4, Xbox Series X|S, Xbox One, Stadia, Amazon Luna and PC (exclusively on the Epic Games Store and the Ubisoft Store), is included with a Ubisoft+ subscription, and will support cross-play and cross-save across all platforms. 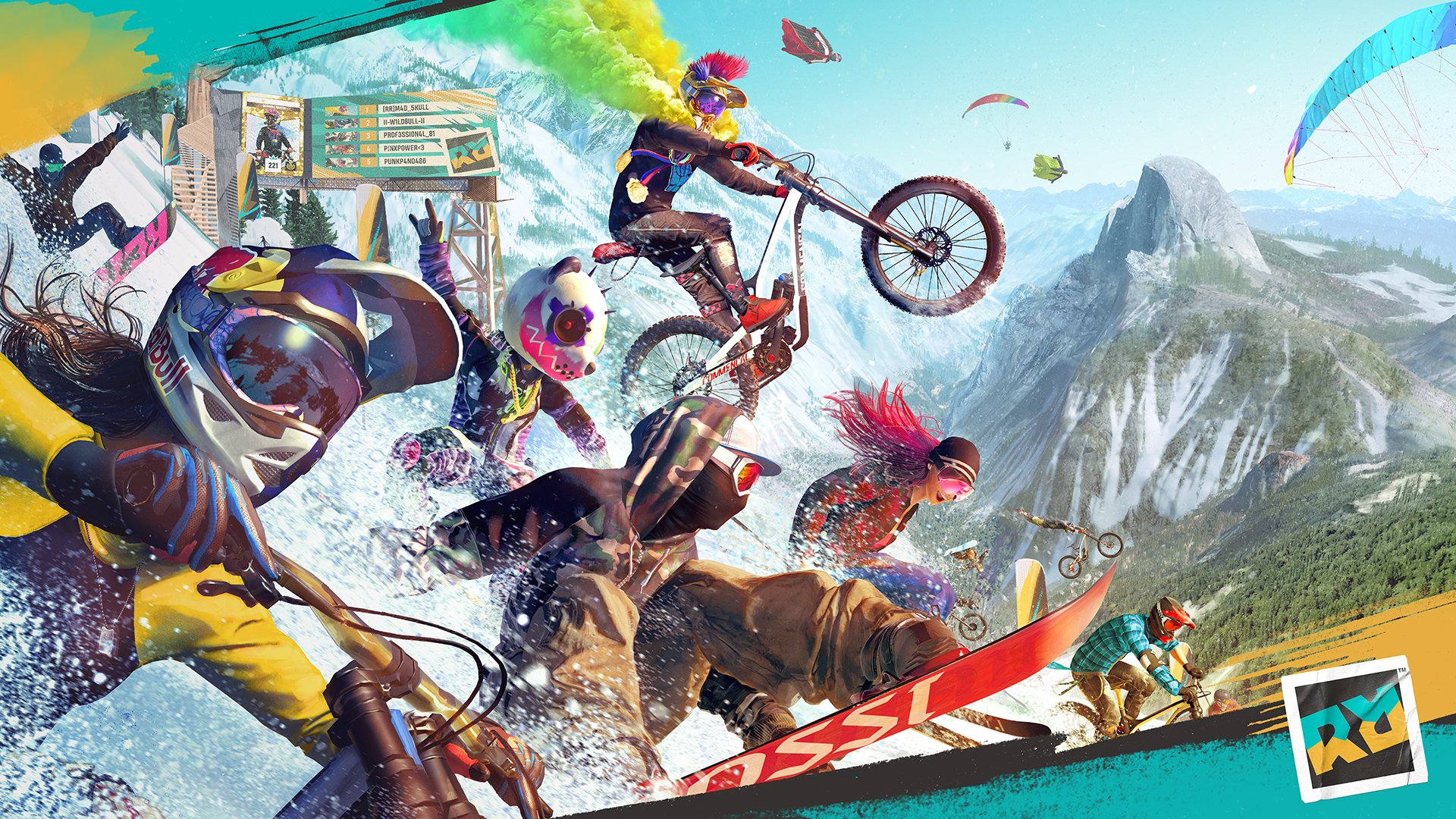