Events from publishers large and small planned for this year

ESA has announced the official schedule for the E3 2021 digital event.

The four-day virtual event promises digital presentations from major industry publishers such as Nintendo and Microsoft, panel discussions, celebrity appearances, reveals and more. Fans can register at the E3 website to gain access to the E3 2021 online portal and app. You can watch the broadcasts across Twitch, YouTube, and more.

The E3 2021 broadcast will begin Saturday, June 12, with a pre-show at 10am PT / 1pm ET, with later press conferences from Ubisoft and Gearbox Entertainment, as well as a session with GamesBeat.

Next day, Sunday, June 13, broadcast pre-show starts at 8:45am PT / 11:45am ET and the day will feature the Xbox & Bethesda Games Showcase, followed by presentations from SQUARE ENIX, the PC Gaming Show and the Future Games Show. Warner Bros. Games & Back4Blood and 24 Entertainment will also be featured.

And on Tuesday, June 15, broadcast pre-show starts at 8:00am PT / 11:00am ET, with Nintendo Direct and Nintendo Treehouse: Live programming starting at 9am PT / 12pm ET. BANDAI NAMCO, Yooreka Games and GameSpot will also have focused events. The broadcast will round out with the Official E3 2021 Awards Show.

E3 is owned and operated by the ESA, the US trade association dedicated to serving the business and public affairs needs of the companies developing and publishing interactive games. The show was cancelled in 2020 due to the COVID-19 pandemic. 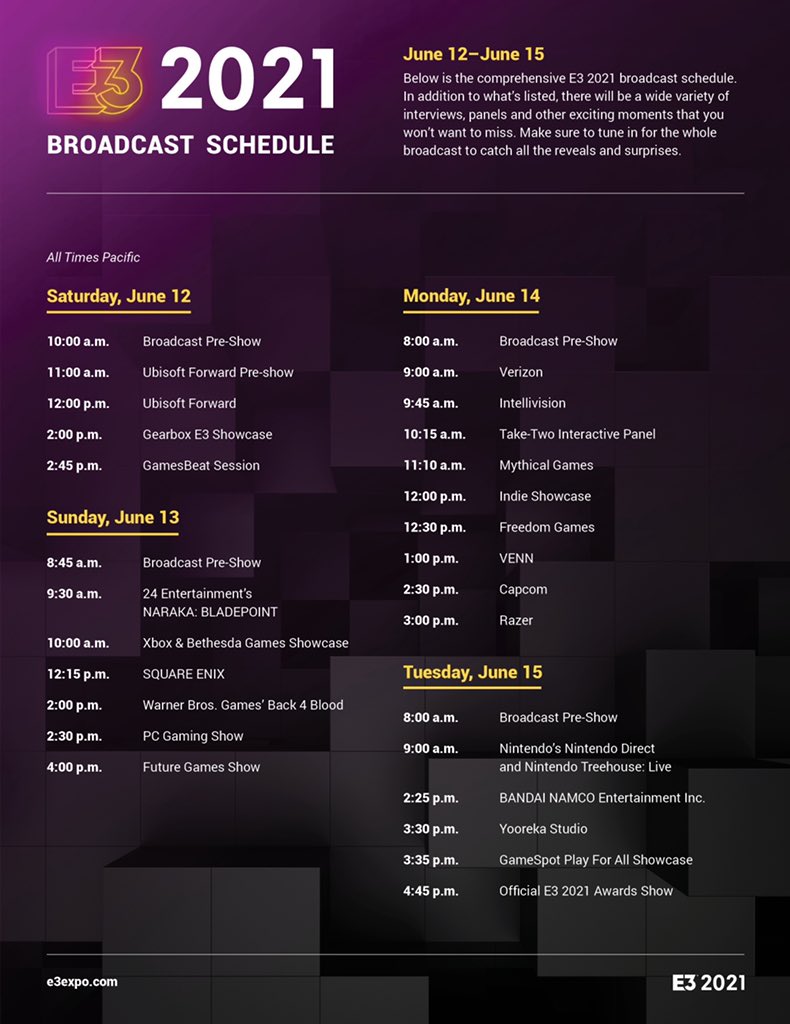 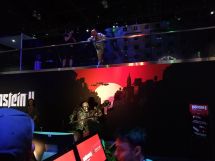 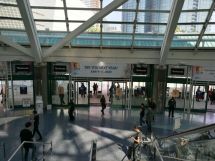 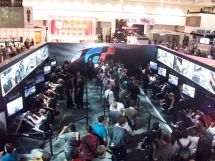 Online
There are currently 0 members and 234 guests on the website right now. Who's On?
Activity in the past 10 minutes:

Microsoft Flight Simulator launches on Xbox Series...
Jul 29, 2021 by fvxc
its extremely impressive on console, but it needed some...

Sniper Ghost Warrior Contracts 2 gets first DLC
Jul 29, 2021 by AmericanVeteran1
The DLC for PC has a major bug, when you get to the cut...

Dead Space remake in development
Jul 25, 2021 by Red Lantern's Rage
well DS1 and maybe DS2 are about all they can remaster,...