Title Update 4.5 features Watch Dogs: Legion of the Dead, a brand-new online PvE mode currently in Alpha phase on PC. Legion of the Dead adds a rogue-lite experience where players will have to “Survive-as-Anyone” against the looming threat of the undead and hostile living roaming the re-imagined fallen city of London. In solo or up to four friends in co-op, players will need to strategize on how to reach the extraction point for each run and gather as many supplies as possible along the way.

The update also adds Tactical Op 2: Project Omni online mission which will require players to strategize with their team of four to infiltrate a secret project to find out why Londoners’ Optik devices are negatively affecting their brains.

Watch Dogs: Legion is out for PC, Xbox One, Xbox Series X|S, PlayStation 4, and PlayStation 5. 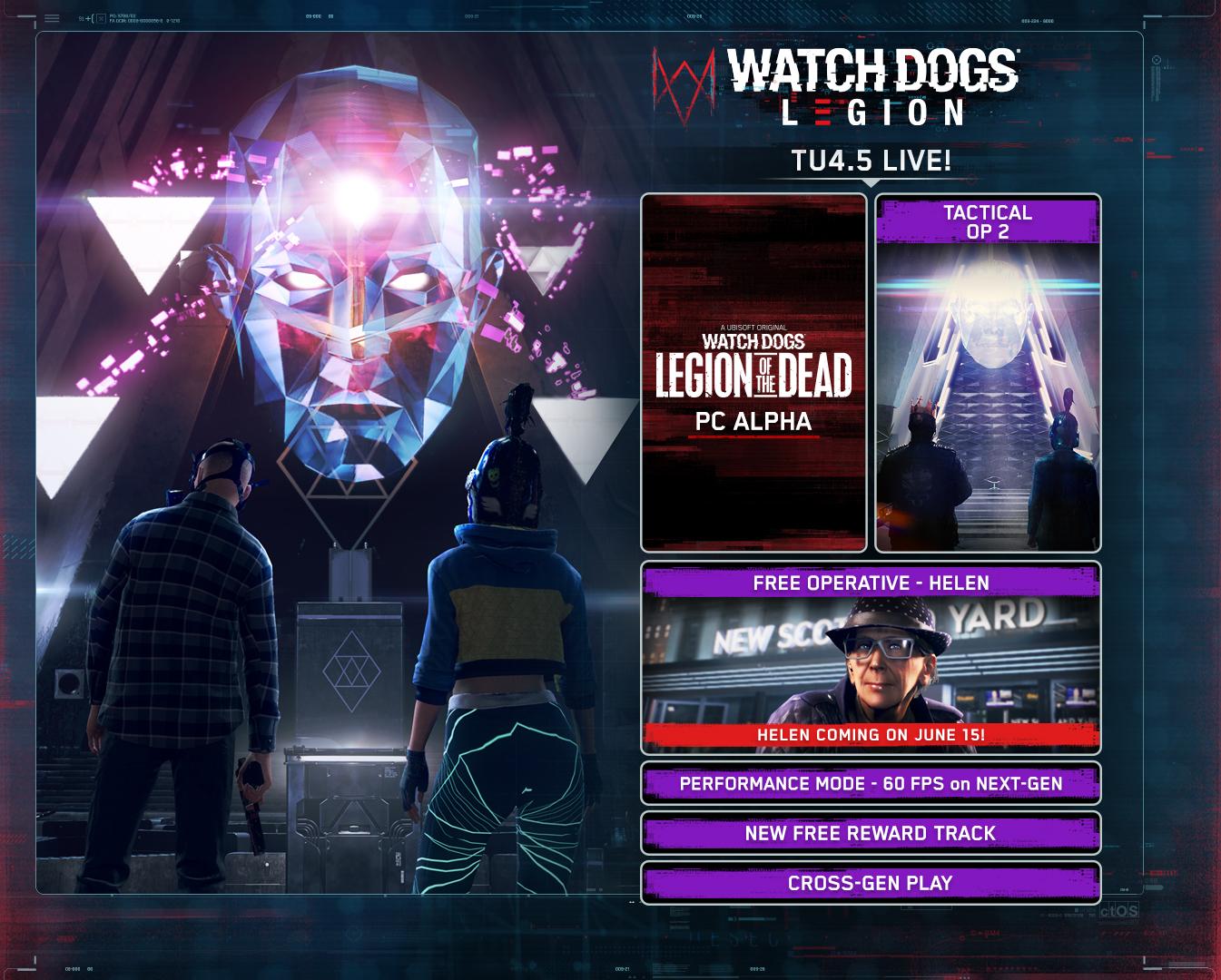