Microsoft has announced that MLB The Show 21 is coming to Xbox Game Pass on day one and will be available on April 20 for Xbox Series X|S and Xbox One, as well as on Android phones and tablets via Xbox Cloud Gaming (Beta) for Ultimate members.

Both MLB The Show 21 Xbox One and Xbox Series X|S Standard Editions will be included with Xbox Game Pass. And with cross-platform play and progress, you can play against others online, and earn and use content across the platform and generation you choose.

MLB The Show 21 brings the baseball sports franchise to the next generation of consoles, and it also marks the debut on the Xbox platform, after being exclusive to PlayStation. Sports Champions 2
Online
There are currently 0 members and 169 guests on the website right now. Who's On?
Activity in the past 10 minutes: 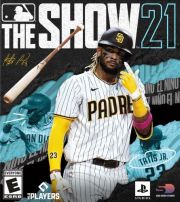