Activision has announced the details for Season Two Reloaded, coming to Call of Duty: Black Ops Cold War and Warzone this week.

Season Two Reloaded is set to launch in Black Ops Cold War on March 29 at 9 PM PST, and Warzone on March 30 at 11PM PST.

Enhancements to the overall content management system has been made possible through data optimization and streamlining content packs needed for individual game modes. This will come after a larger than usual, one-time update for Season Two Reloaded, which will include these optimizations and is necessary in order to reduce the overall footprint; future patch sizes for Modern Warfare and Warzone are expected to be smaller than the one set to release on March 30 at 11PM PST. 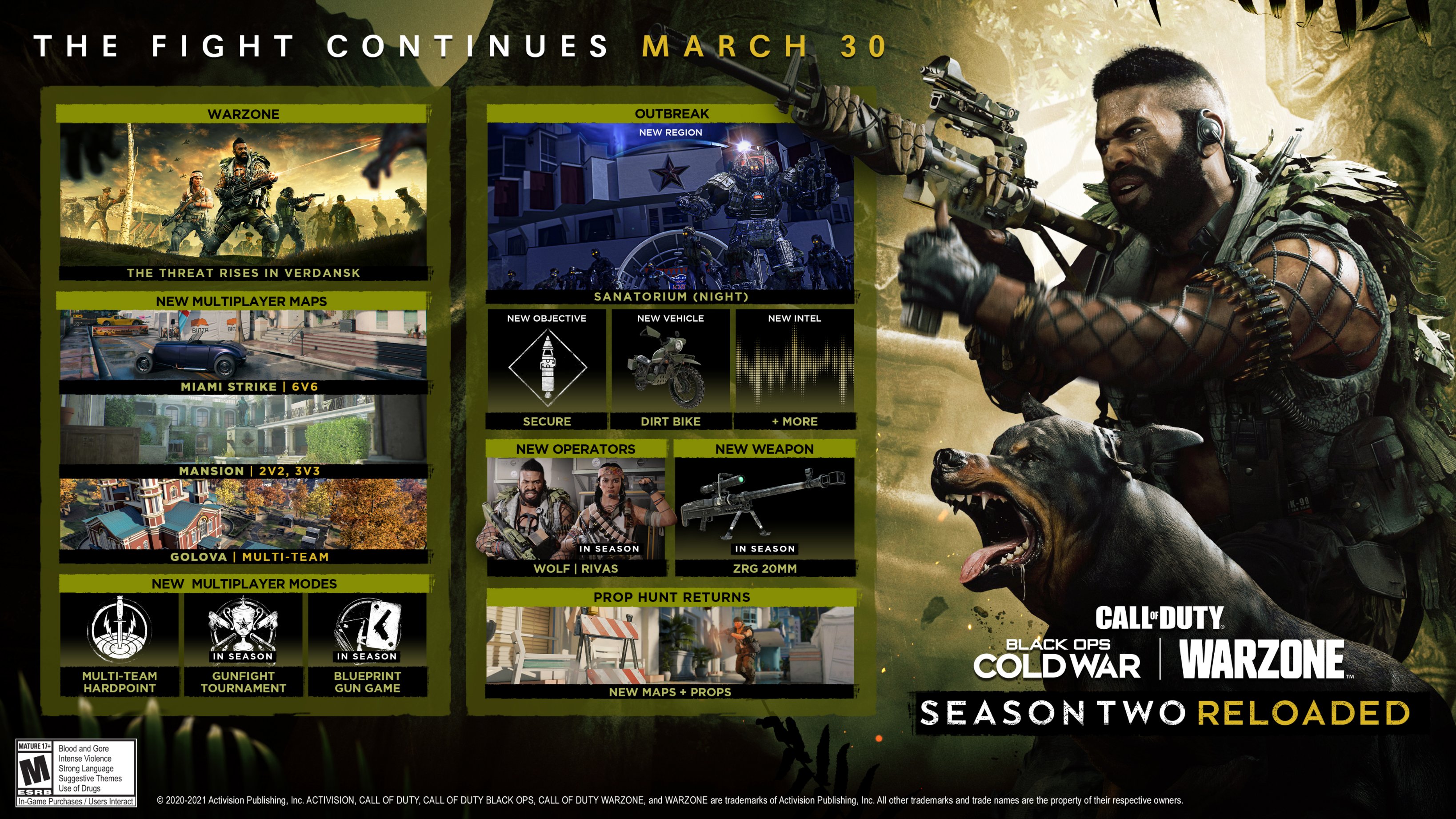