The strategy game is getting remade this year

Created in collaboration with Feral Interactive, this remaster promises new and improved features such as fully overhauled visuals, ultra-high-definition resolution support, and an expanded faction roster and improved accessibility.

The game will support full 4K visuals, native support for ultra-high-definition resolution and overhauled environment, battlefield, and character models. It includes 16 previously unplayable factions on top of the original 22. Players can enjoy cross-platform PVP multiplayer between Windows, macOS and Linux, a first for the Total War franchise. It also includes the Barbarian Invasion and Alexander expansions in new detail, and players will also gain access to the original ROME: Total War Collection (only playable on Windows).

Online
There is currently 1 member and 152 guests on the website right now. Who's On?
Activity in the past 10 minutes: 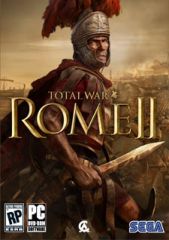