Microsoft has officially welcomed ZeniMax Media and Bethesda to the Xbox brand earlier this week, completing the acquisition process that was announced last year.

To celebrate, 20 of Bethesda’s games – including games from franchises like Dishonored, Doom, The Elder Scrolls, Fallout, and Wolfenstein – will be made available to Xbox Game Pass members. What’s more, 16 of those titles will be available everywhere you play whether it’s PC, console, or mobile devices through the cloud for Xbox Game Pass Ultimate members.

A handful of these games will also benefit from FPS Boost on Xbox Series X|S, with more details to follow. 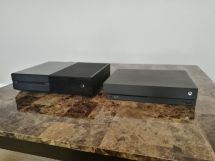 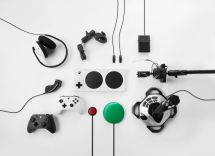 Microsoft Flight Simulator launches on Xbox Series...
Jul 29, 2021 by fvxc
its extremely impressive on console, but it needed some...

Sniper Ghost Warrior Contracts 2 gets first DLC
Jul 29, 2021 by AmericanVeteran1
The DLC for PC has a major bug, when you get to the cut...

Dead Space remake in development
Jul 25, 2021 by Red Lantern's Rage
well DS1 and maybe DS2 are about all they can remaster,...