Firefly Studios have announced that Stronghold: Warlords has been delayed.

The game was originally planned for September 2020 launch, but was pushed back to January 2021. Now, the developers have changed the launch date once more, setting it for March 9, 2021.

In a post, the developers explain that this delay is to further polish the multiplayer element, and to iron out issues.

Stronghold: Warlords will allow players to control AI commanders across the battlefield. From the 3rd century BC China through to the coming of the Mongol Empire in 1200 AD, Warlords allows players to relive famous historical battles and sieges against great khans, imperial warlords, and shogun commanders.

The game is planned for release on PC.

Company of Heroes 2
Online
There are currently 0 members and 144 guests on the website right now. Who's On?
Activity in the past 10 minutes: 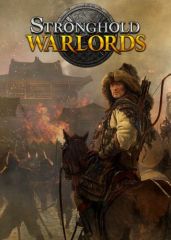