Square Enix has announced that the first new playable Super Hero for Marvel’s Avengers will launch as part of Operation: Kate Bishop – Taking AIM on December 8, 2020.

In addition to a new playable Super Hero in Kate Bishop and the new chapter in the game’s ongoing Avengers Initiative story, Marvel’s Avengers Operation: Kate Bishop – Taking AIM will also introduce a new villain, the Super Adaptoid, that will challenge players with a combination of skills and weaponry that mimic the Avengers’ attacks.

In Taking AIM, Kate Bishop, master archer and skilled gymnast, resurfaces after her investigation of Nick Fury’s disappearance following A-Day leads to her mentor Clint Barton (aka Hawkeye) going missing as well. As she unravels the mystery behind the sudden appearance of the time-warping Tachyon Rifts, she uncovers a new plan from AIM, which pushes her to work with the Avengers once again.

Taking AIM’s story begins shortly after the conclusion of Marvel’s Avengers’ Reassemble campaign and is the first half of the two Hawkeyes’ Story Arc. Clint Barton’s Hawkeye will then take the stage in early 2021.

Marvel’s Avengers is currently available on PlayStation 4, Xbox One, PC, and Stadia. The game is also playable on Xbox Series X|S and PS5 via backward compatibility. 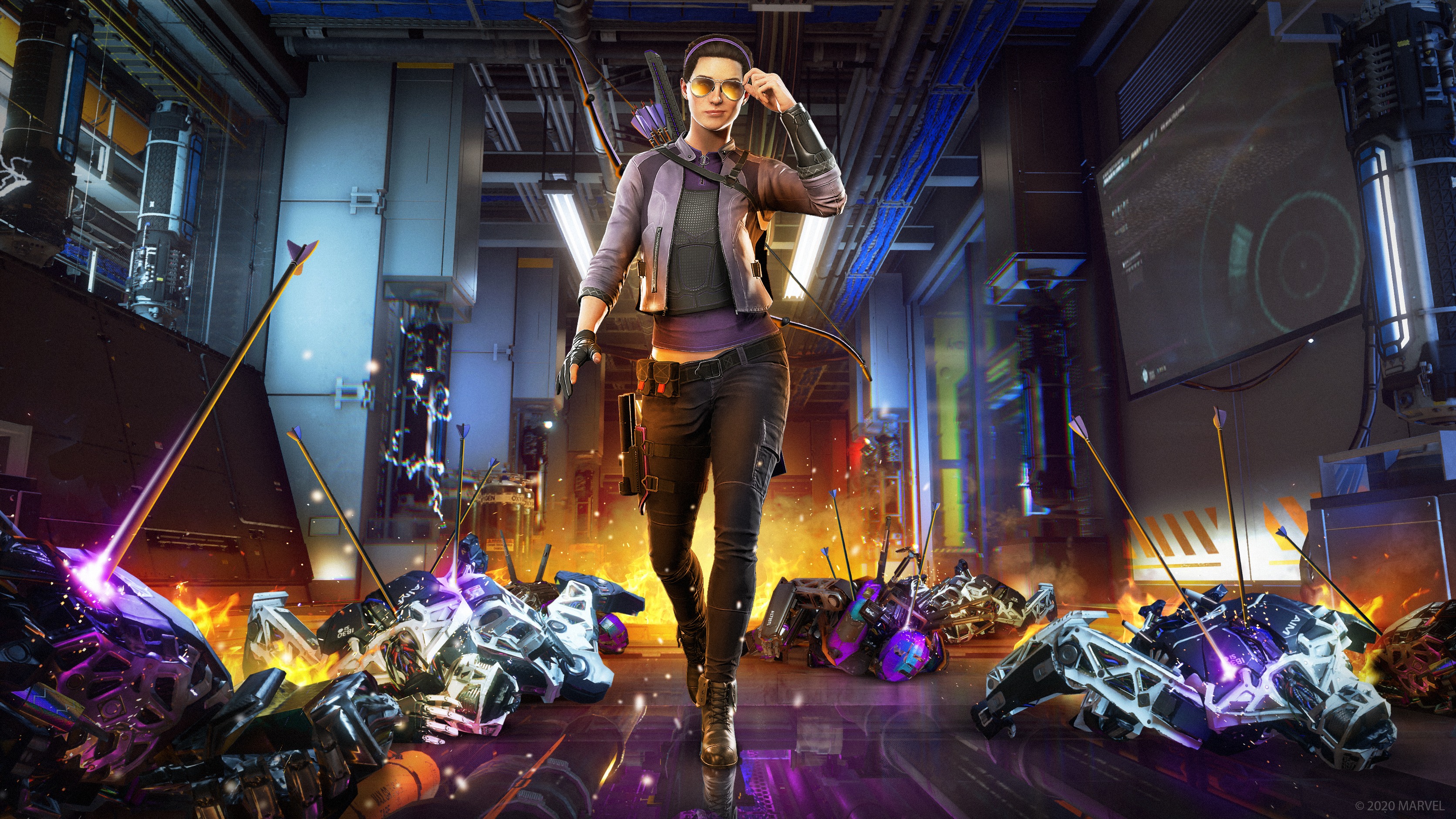