15 games launched this year, a record for the publisher

Xbox Game Studios has released a recap of their achievements for 2020, celebrating the games that were launches this year.

There are 15 Xbox Game Studios games launched to-date (10 of which are brand new titles) and many more to come, a record for Xbox. The games includes Age of Empires III: Definitive Edition (Oct. 15), Battletoads, Bleeding Edge, Gears Tactics, Grounded, Halo: Combat Evolved Anniversary on PC, Halo 2 Anniversary on PC, Halo 3 on PC, Halo 3: ODST on PC, Microsoft Flight Simulator, Minecraft Dungeons, Ori and the Will of the Wisps, The Bard’s Tale Remastered, Tell Me Why and Wasteland 3.

Those games saw 1.66 billion hours played, the most ever year-to-date for Xbox Game Studios titles. Grounded, a new release from Obsidian, exceeded more than 1 million players, while Sea of Thieves has now surpassed 15 million players to date. Minecraft Dungeons had 6.9 million multiplayer sessions over the past two months, nearly two-thirds of which (4.4 million) were couch co-op.

The company says there are many more unannounced games in development. 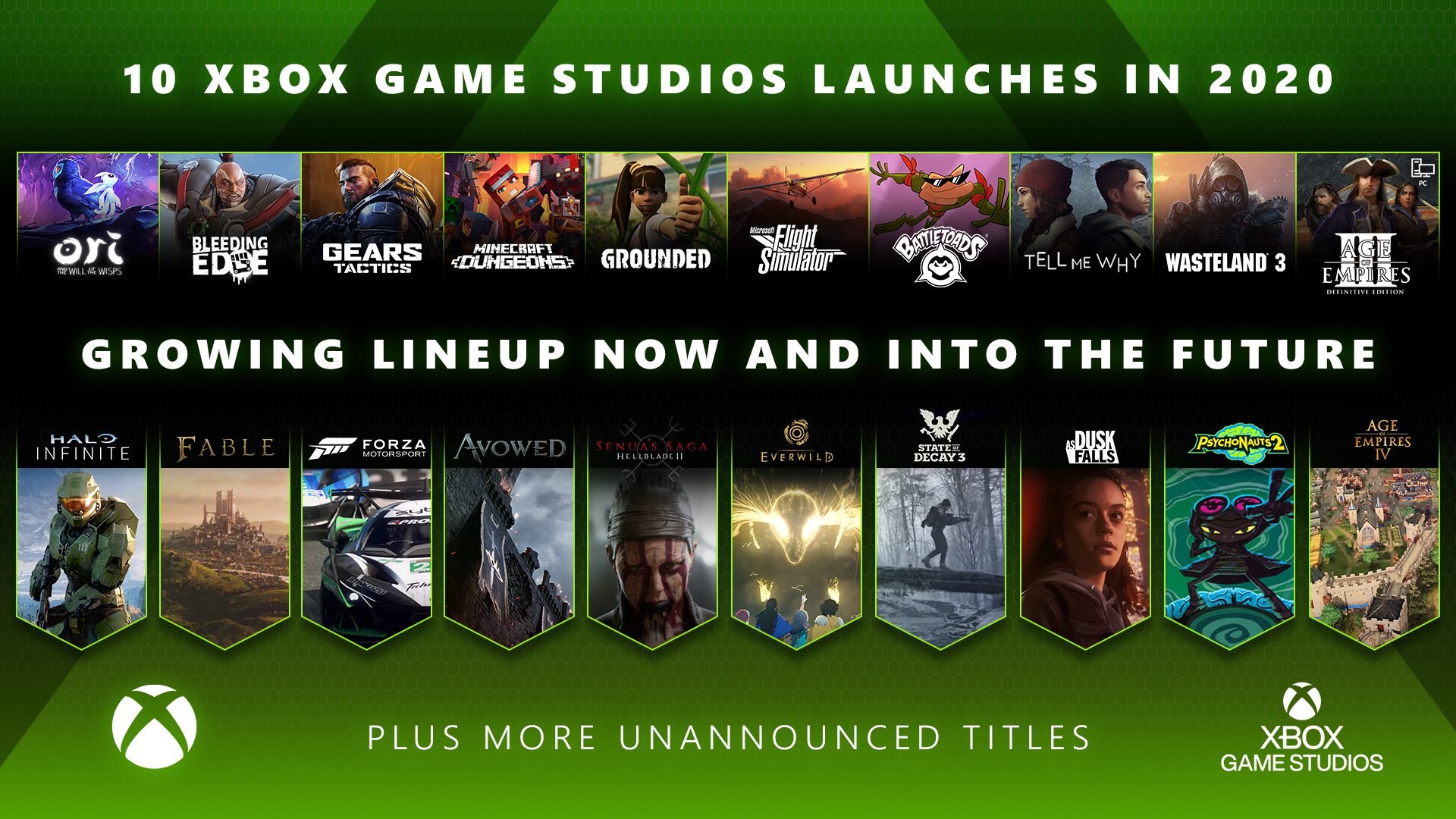 Xbox Series X/S list of optimized launch games revealed
Microsoft confirms the day one lineup of boosted titles
13 days ago
Halo: The Master Chief Collection coming to Xbox Series X/S
The collection of Halo games will be optimized for the new consoles
6 days ago
Watch Dogs: Legion post-launch DLC includes online mode
Multiplayer mode will be added for free in December
22 days ago
Mortal Kombat 11 Ultimate announced
New edition of the game includes all DLC, brings it to next-gen consoles
20 days ago