The multiplayer maps will take players around the world from the Angolan desert (Map name: Satellite), to the frozen lakes of Uzbekistan (Crossroads), to the streets of South Beach (Miami), to North Atlantic waters (Armada), and even to the heart of the U.S.S.R. (Moscow).

Fans can expect to see familiar core modes, such as Team Deathmatch, Search & Destroy, Domination, and Kill Confirmed brought back alongside new ways to play.

VIP Escort is a new 6v6 objective core game mode, teams either protect or subdue a randomly selected player who becomes a VIP. This Very Important Player only gets a pistol, a smoke grenade, a UAV for team intel. These protectors must escort the VIP to an extraction point as they fend off the attacking team, whose goal is to neutralize the VIP before they escape.

Combined Arms is a 12v12 battle that combines infantry and vehicular gameplay. Depending on the map, vehicles such as Tanks, Snowmobiles, Attack Helicopters or Wakerunners will amplify and advance the action alongside traditional gunfights.

Fireteam is a new 40-player category of Black Ops Multiplayer with up to 10 teams of four, where the action is centered around not just the operators in the field, but also the environment they battle in.

With Black Ops Cold War, an entire Multiplayer party could be comprised of up of to five players who are playing the game across the available five platforms, including next and current generation consoles as well as PC. 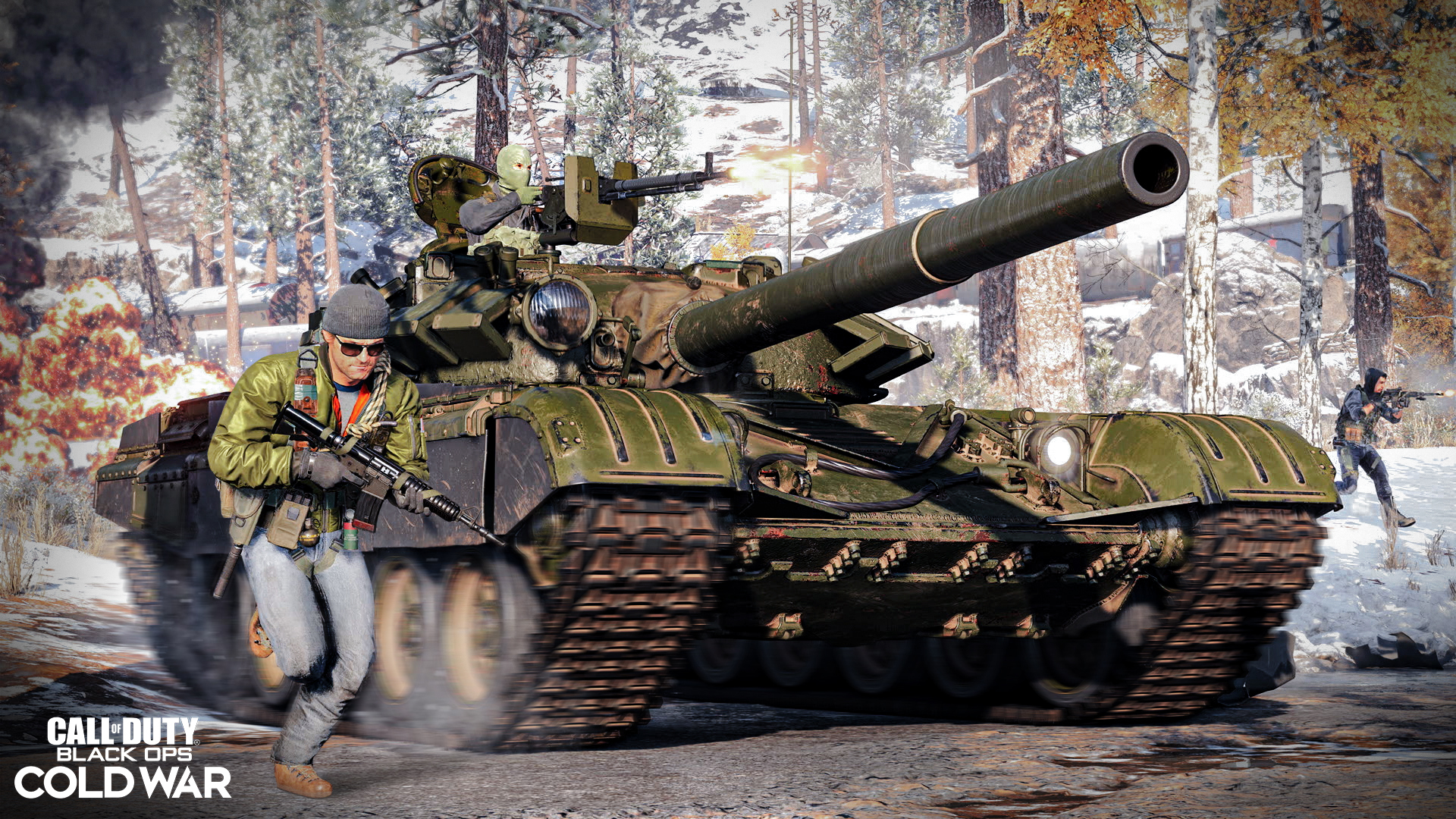