4A Games, New World Interactive and others join the conglomerate

Embracer Group has announced the purchase of multiple development studios.

The company has acquired 100 percent of the shares in 4A Games. 4A Games is the developer behind the successful Metro franchise. The studio will join as a wholly-owned subsidiary of Saber Interactive.

Saber also confirmed it has acquired 100% of the shares in the US and Canada-based studio, New World Interactive, creators of the Insurgency franchise.

Embracer Group is the parent company of THQ Nordic, Deep Silver, as well as Saber Interactive. 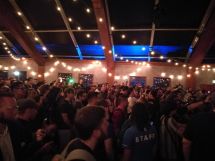 Torchlight 3 out in October
New entry in the action RPG series is coming soon
30 days ago
Giveaway: Enter to win 12 months of Xbox Live Gold
Enter our giveaway for your chance to win the membership codes
10 days ago
Xbox Game Studios celebrates 2020 milestones
15 games launched this year, a record for the publisher
22 days ago
Ghost of Tsushima: Legends out next week
Major free update adds multiplayer mode, more content
22 days ago