Free Games with Gold for August 2020

Microsoft has announced the Xbox Games with Gold lineup for August 2020.

First up, Xbox Live Gold members can download a free copy of Portal Knights from August 1 to 31 on Xbox One. Forge your character, craft weapons, and vanquish enemies in this 3D action sandbox RPG. You and your party are the only hope for a world torn apart and terrorized by the Hollow King.

Later, from August 16 to September 15 on Xbox One, members can get a copy of Override: Mech City Brawl. Tower over your opponents and lay waste to environments inspired by real life locations to become the top mech pilot.

Available August 1 to 15 on Xbox One & Xbox 360 for members is MX Unleashed, the freestyle motorcycle game from the classic Xbox era. Perform stunts and tricks on dangerous tracks to unlock secrets across a large variety of freestyle and supercross venues.

And finally, from August 16 to 31 on Xbox One & Xbox 360 members can download Red Faction II. Fight to overthrow a corrupt dictator and government in this first-person shooter. Lead a squad of unique super-soldiers, each with their own specialized methods of destruction ranging from demolitions to gunships, to topple the crooked government and restore peace to the land. 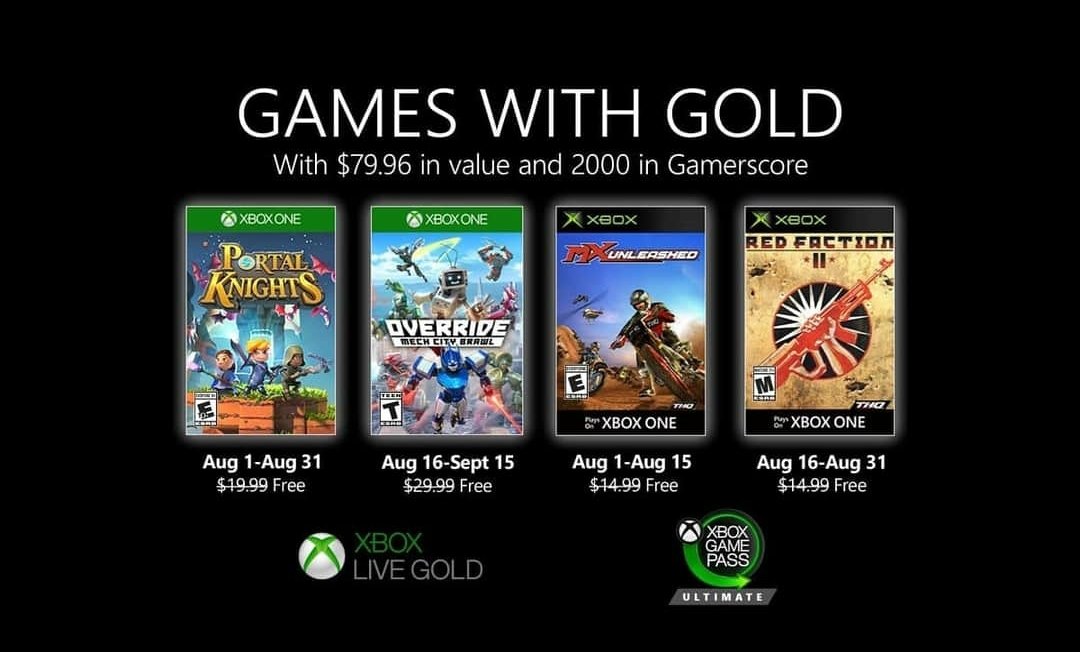 Lord of the Rings: War in the North
Online
There are currently 0 members and 70 guests on the website right now. Who's On?
Activity in the past 10 minutes:

Mario + Rabbids Sparks of Hope Review
Nov 10, 2022 by Bergmanjoe
I would have given it an even lower score! Why does this...