Players can now try the replayable dungeon in the RPG

Fazeer Shah, the all-powerful djinni from Torchlight II who helped players save the Guardian of Mana in exchange for retrieving the Lamp of Marvels, has made a return to the Torchlight universe in Torchlight III. After a century of touring the world, Fazeer has decided to settle down at players’ forts to conjure the Fazeer Shah’s Dun-Djinn, a massive and deadly dungeon filled with a series of challenge levels that escalate in difficulty.

Players will first be dealt with a hand of challenges in the form of cards. From these cards, players must select the monsters, elements, and chaotic affixes that’ll need to be taken on. At regular intervals, completing a challenging boss battle is needed to save a player’s progress. Those that complete the quests and defeat the champions and bosses within the challenging dungeon are rewarded with Fame, which can be used to earn rewards, including rare and legendary items, fort decorations, exclusive pets, and more. Fazeer Shah’s Dun-Djinn also supports party play.

Torchlight III is the newest entry in the RPG franchise, originally developed by Runic Games. The game features four unique hero classes (Dusk Mage, Forged, Railmaster and Sharpshooter), plus a myriad of new and familiar combat pets to help players.

The game is currently available on PC via Steam Early Access. It's also planned to release on consoles. 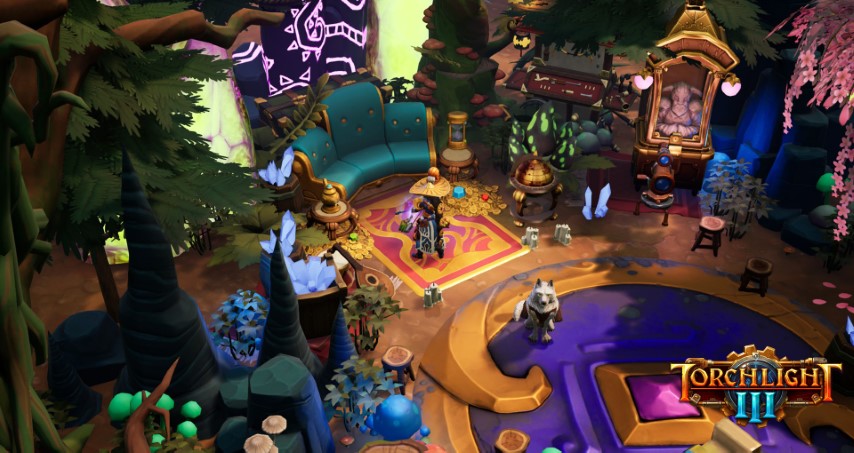 Torchlight 2
Online
There are currently 0 members and 97 guests on the website right now. Who's On?
Activity in the past 10 minutes:

All videos for Torchlight 3 (3)