Open world shooter is coming to current and next gen consoles

Ubisoft has announced that Far Cry 6 is currently in development and will release February 18, 2021.

Developed by Ubisoft Toronto, Far Cry 6 takes players into a modern-day guerrilla revolution set in Yara, a tropical paradise frozen in time. President Antón Castillo (Esposito) vows to restore his country to its former glory while grooming his son Diego (Gonzalez) to follow in his footsteps.

Players will be able to play as either male or female Dani Rojas, a local Yaran swept up in a revolution against Antón Castillo. As Dani, players will become a guerrilla fighter and explore and unite an entire island nation, from jungles to Yara’s capital city Esperanza.

Fans who pre-order Far Cry 6 will get access to the Libertad Pack which includes the “Libertad Outfit” for Chorizo and the “Discos Locos”, a weaponized disc launcher that will make enemies dance on their own graves.

Far Cry 6 will be released on Xbox Series X, Xbox One, PlayStation 5, PlayStation 4, and PC. Fans who purchase on Xbox One or PlayStation 4 will be able to upgrade their version on a next-gen platform at no additional cost. 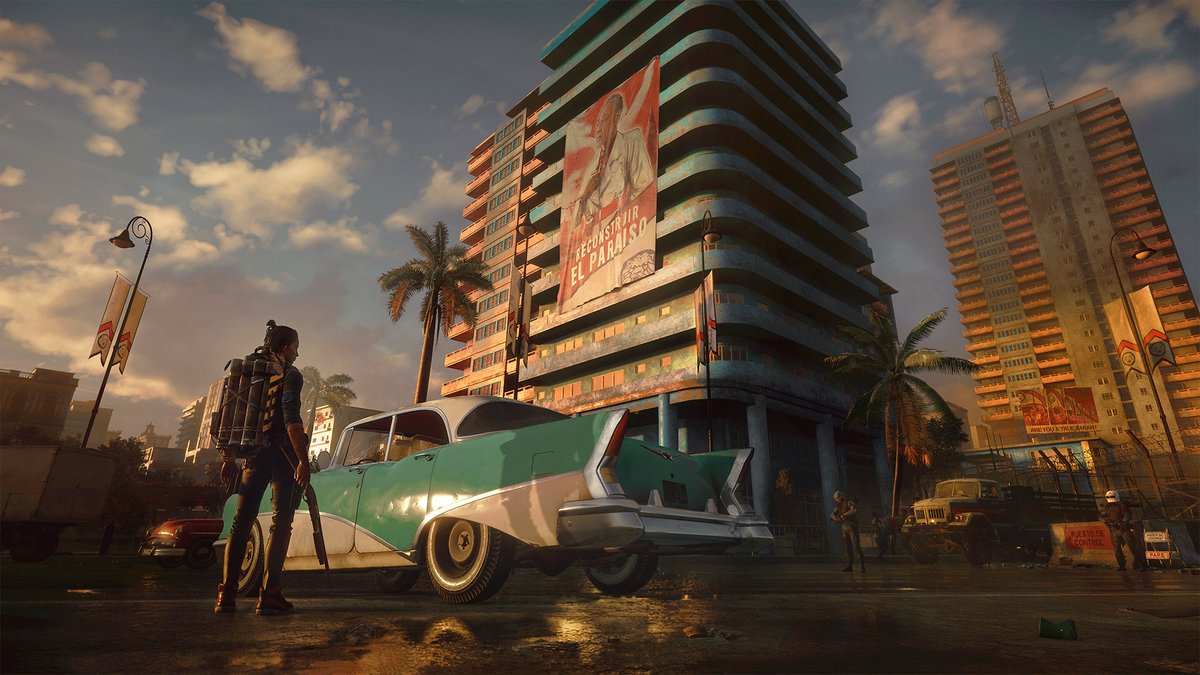 Watch Dogs: Legion
Online
There is currently 1 member and 142 guests on the website right now. Who's On?
Activity in the past 10 minutes: