Kingdoms of Amalur: Re-Reckoning out in September

Special edition announced for port of the RPG

THQ Nordic has confirmed that Kingdoms of Amalur: Re-Reckoning is scheduled for release September 8, 2020.

The RPG will be making its PlayStation 4 and Xbox One debut with new visuals, refined gameplay and all new content. In addition, a brand new expansion: Fatesworn is coming in 2021.

The Collector’s Edition for a SRP of $109.99/€109.99/£99.99 on PlayStation 4 and Xbox One and PC includes the full game, Alyn Shir Figurine, a custom Amalur keychain, five pieces of original in-game artwork, and the soundtack.

Kingdoms of Amalur: Reckoning was originally released on PC, Xbox 360 and PS3 in 2012. 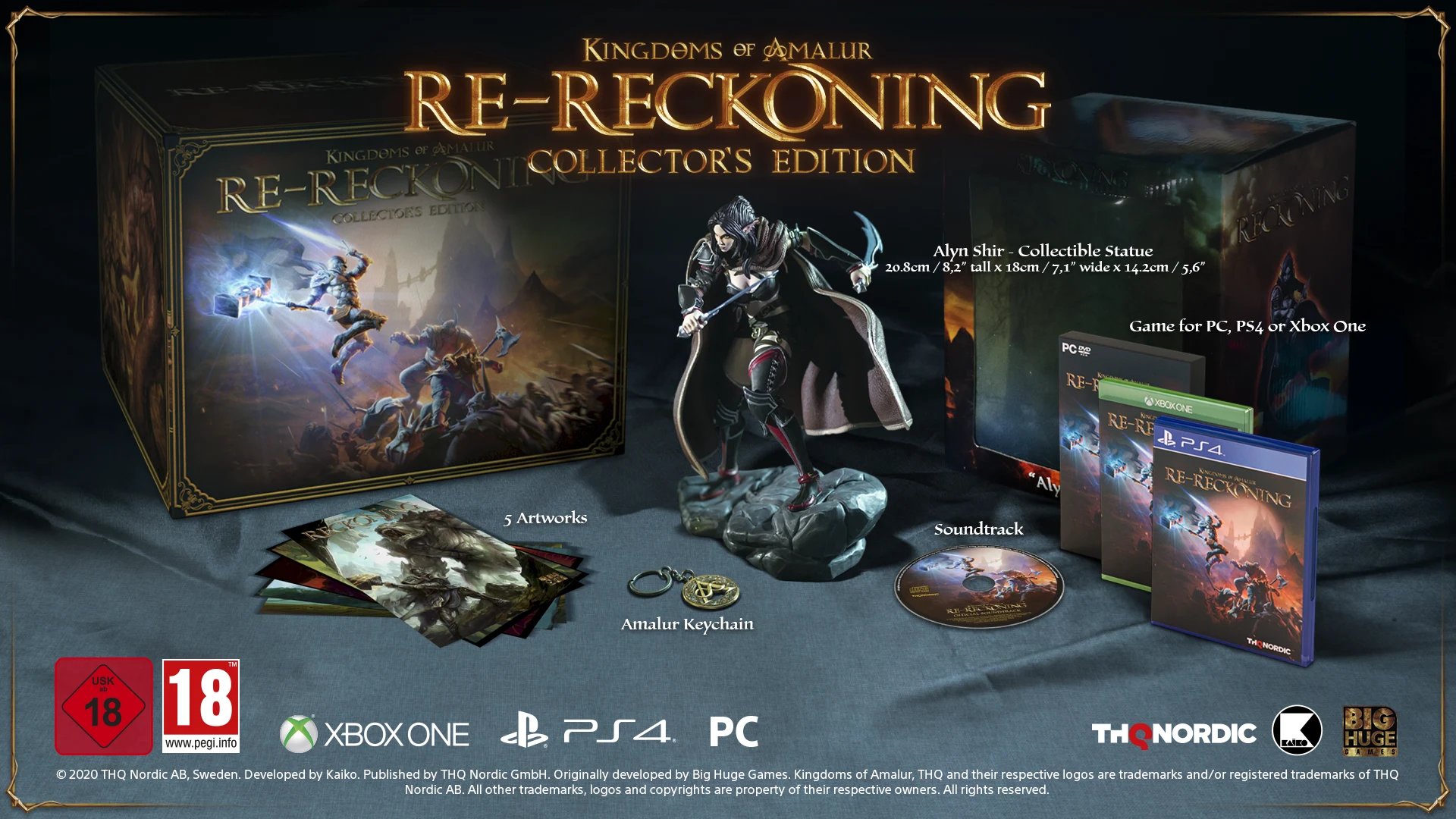