Free Games with Gold for July 2020

Microsoft has announced the Xbox Games with Gold lineup for July 2020.

Available July 1 to 31 on Xbox One for members is WRC 8 FIA World Rally Championship. Featuring a dynamic weather system with true-to-life physics, preparation and management before each stage are vital as you compete in the sun, rain, and snow across 50 teams, 14 rallies, and over 100 stages.

Later, from July 16 to August 15 on Xbox One members can download Dunk Lords, a two-on-two basketball beat ‘em up. Choose from 20 ballers, each with special attacks and abilities, and battle it out on 15 unique courts.

Available July 1 to 15 on Xbox One & Xbox 360 subscribers is Saints Row 2. Help the 3rd Street Saints take back their city in the second entry of the over-the-top franchise, where you can explore an open world sandbox by sea, land, or air. Fully customize your characters and complete over 40 story missions and numerous bonus quests to seek vengeance and restore the Saints as the rightful kings of Stilwater.

Lastly, Available July 16 to 31 on Xbox One & Xbox 360 for members is Juju. Embark on a mystical journey with the shaman panda, Juju, and his lizard sidekick, Peya, to save both his father and world from an ancient evil. 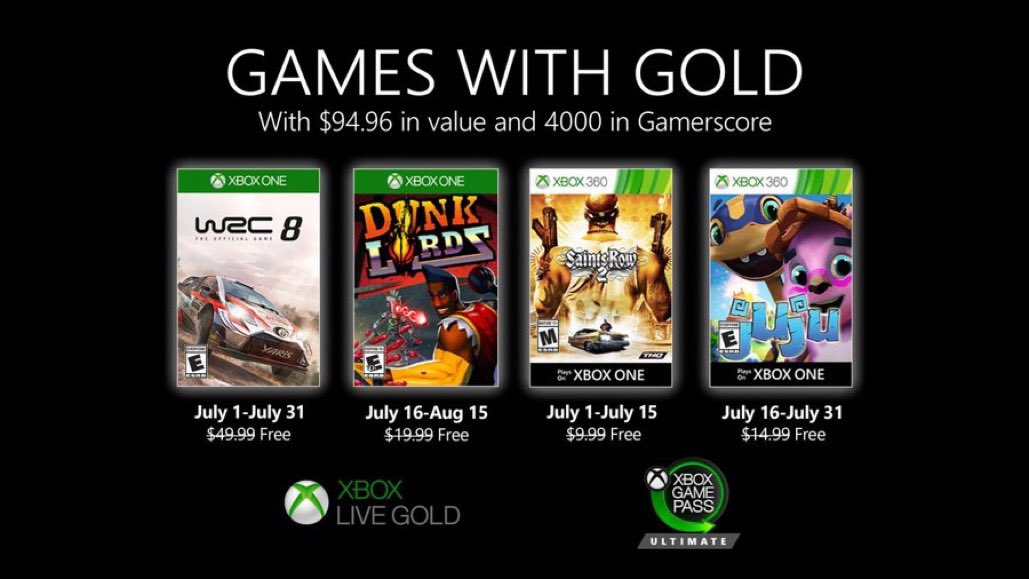 Homefront
Online
There are currently 0 members and 76 guests on the website right now. Who's On?
Activity in the past 10 minutes: