CRASH BANDICOOT 4: IT'S ABOUT TIME
Platform: Xbox One
SummaryNewsArticlesVideoScreens

Crash Bandicoot 4: It's About Time revealed

First new game in the series in 10 years

Crash Bandicoot 4: It’s About Time is not a remaster, but the first original entry in the Crash franchise in more than 10 years. Toys for Bob will use a new art style for Crash that promises to maintain the zany spirit of the franchise while also adding new personality and charm into it.

The game picks up after Neo Cortex, Dr. N. Tropy and Uka Uka were last stranded on a distant planet. After decades of fruitless attempts, the trio finally make their escape, ripping an Evil-Scientist-sized hole in the fabric of space-time in the process. Now all that stands between them and total dominion over the multiverse are two fuzzy marsupials from N. Sanity Island.

Throughout this adventure, players will uncover four Quantum Masks, the guardians of space and time, that will give them the ability to bend the rules of reality and gain advanced ways to conquer dangerous obstacles. 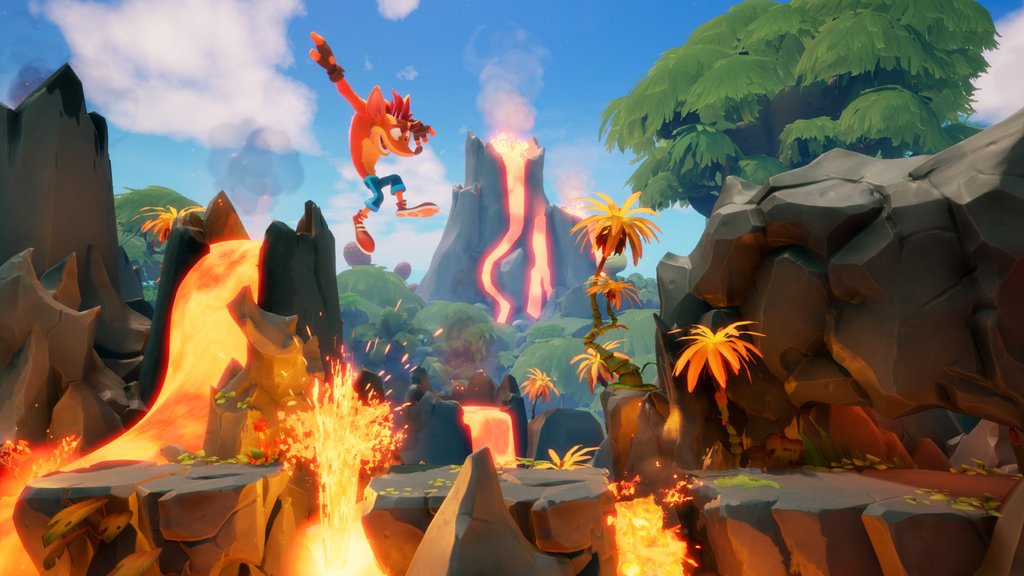 ScreamRide
Online
There are currently 0 members and 124 guests on the website right now. Who's On?
Activity in the past 10 minutes:

All videos for Crash Bandicoot 4: It's About Time (1)