A remake of the PS3 RPG is on the way

Sony has announced that Demon’s Souls from Japan Studio and Bluepoint Games is coming to the PS5.

This will be a remake of the PS3 Demon’s Souls game, originally by FromSoftware. In addition to new shadow effects and ray tracing, players can choose between two graphics modes while playing: one focused on fidelity, and one focused on frame rate.

Demon's Souls was the predecessor to the Dark Souls franchise.

No release window was provided for the remake.

Marvel's Spider-Man: Miles Morales
Online
There are currently 0 members and 82 guests on the website right now. Who's On?
Activity in the past 10 minutes: 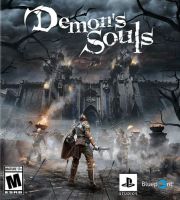