Free Games with Gold for June 2020

Platforming, shooting, and adventure on offer next month

Microsoft has announced the Xbox Games with Gold lineup for June 2020.

Available June 1 to 30 on Xbox One, Gold members can download a free copy of Shantae and the Pirate’s Curse. Embark on an adventure with hair-whipping, belly-dancing genie. After losing her magic abilities, Shantae must team up with her nefarious nemesis, Risky Boots, in order to save Sequin Land.

Later, from June 16 to July 15 on Xbox One, members can get a free copy of Coffee Talk. Lend an ear to your customers as you serve up hot drinks behind a bar. As a barista owner, immerse yourself in the stories of the city’s fantasy inhabitants where progression is based on the variety of beverages you serve.

Available June 1 to 15 for Xbox One and Xbox 360 members, is the original Destroy All Humans. Experience the other side of an alien invasion as you conquer Earth. As part of the Cryptosporidium 137 armada, take over all humanity via land or air using a variety of alien weaponry.

And finally, from June 16 to 30 on Xbox One and Xbox 360, members get a copy of Sine Mora. Rather than the traditional health status bar, this old school style shoot ‘em up sets itself apart by focusing on massive destruction and time manipulation. 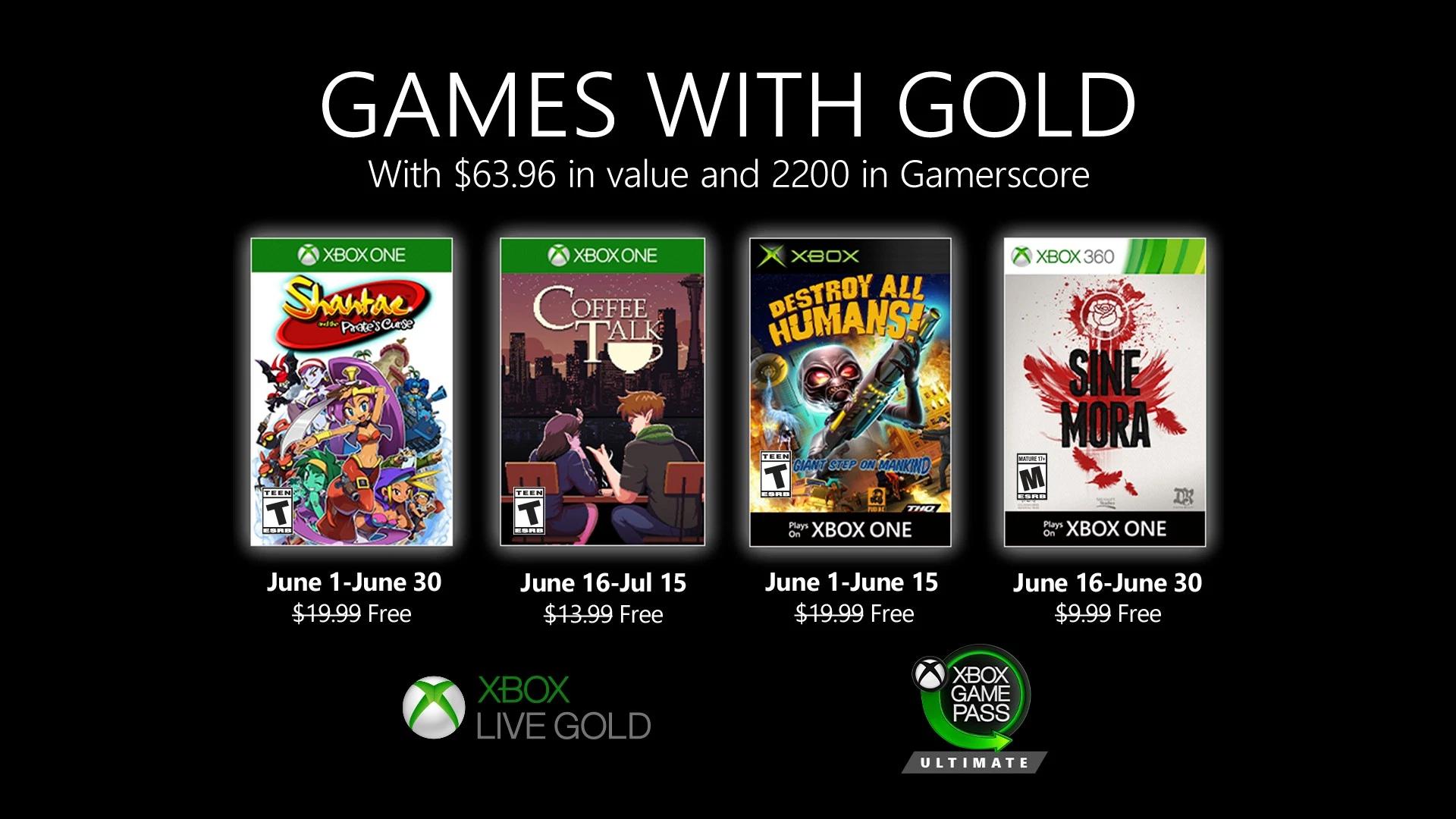 Final Fight: Double Impact
Online
There are currently 0 members and 82 guests on the website right now. Who's On?
Activity in the past 10 minutes: