Although the real event is postponed, the DLC will still launch

Konami Digital Entertainment has announced that the UEFA EURO 2020 downloadable content (DLC) for eFootball PES 2020 will be released on June 4 via Data Pack 7.

The UEFA EURO 2020 DLC will be available, for free, to anyone who currently owns or is looking to purchase eFootball PES 2020.

As a result of the real tournament now taking place in 2021, adjustments have been made to the contents of the free update. The DLC will contain all 55 UEFA national teams, squad rosters and existing kits will be available; the official UEFA EURO 2020™ tournament mode; recreations of Wembley Stadium and Saint Petersburg Stadium; and the official Group Stage match ball.

UEFA EURO 2020 Featured Players, themed Matchdays and other in-game events are still planned but subject to change, with further details to be shared in-game. The official UEFA EURO 2020 Team of the Tournament will no longer be released.

Ahead of the DLC launch, the UEFA eEURO 2020 esports tournament will draw to its conclusion with the final group stage of 16 national teams taking place between May 23 - 24. 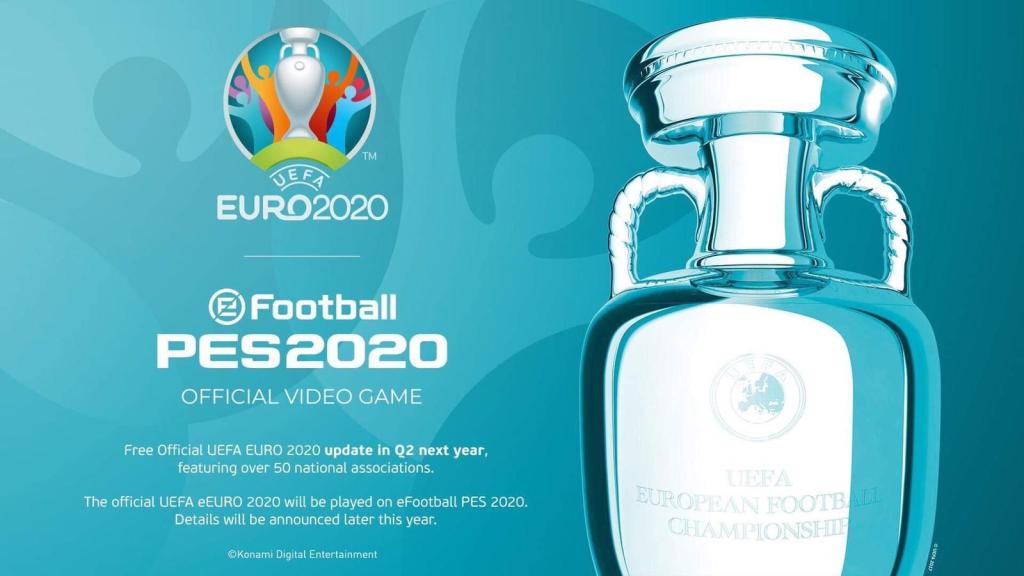