Developed by Ubisoft Montreal, Assassin’s Creed Valhalla invites players to live the saga of Eivor, a Viking raider. The game promises a dynamic open world set against the backdrop of England’s Dark Ages. In this latest iteration, players can take advantage of new features including raids, growing their settlement, building their power and expanding their influence.

Players will be able to choose to play as either a male or female Eivor, and will have access to customization tools including the ability to customize hair, tattoos, clothing, war paint, and gear. Players must carve out a new future for their clan, with a revamped combat system that includes the ability to dual-wield weapons against a greater variety of enemies. To secure resources, players can lead raids to select locations using their longship to earn supplies. As the Vikings begin to settle in their new home, they encounter resistance from the Saxons, including King Aelfred of Wessex, who denounces them as heathens and looks to be the sole ruler of a civilized England.

Lastly, The Collector’s Edition will include the base game, the Season Pass, the Ultimate Pack, a high-end Ubicollectibles replica of Eivor and her longship (30 cm high), a Collector’s Case, a SteelBook with unique artwork, a numbered certificate of authenticity, a Viking Statuette of Eivor with his raven and Dane axe (5 cm high), exclusive lithographs as well as a selected soundtrack of the game. The Collector’s Edition is available exclusively from the Ubisoft Store.

Assassin’s Creed Valhalla will release Holiday 2020 on Xbox Series X, PlayStation 5, Xbox One, PlayStation 4, Stadia, and for Windows PC exclusively on both the Epic Games Store and the Ubisoft Store. The game will also be available on UPLAY+, Ubisoft’s subscription service. 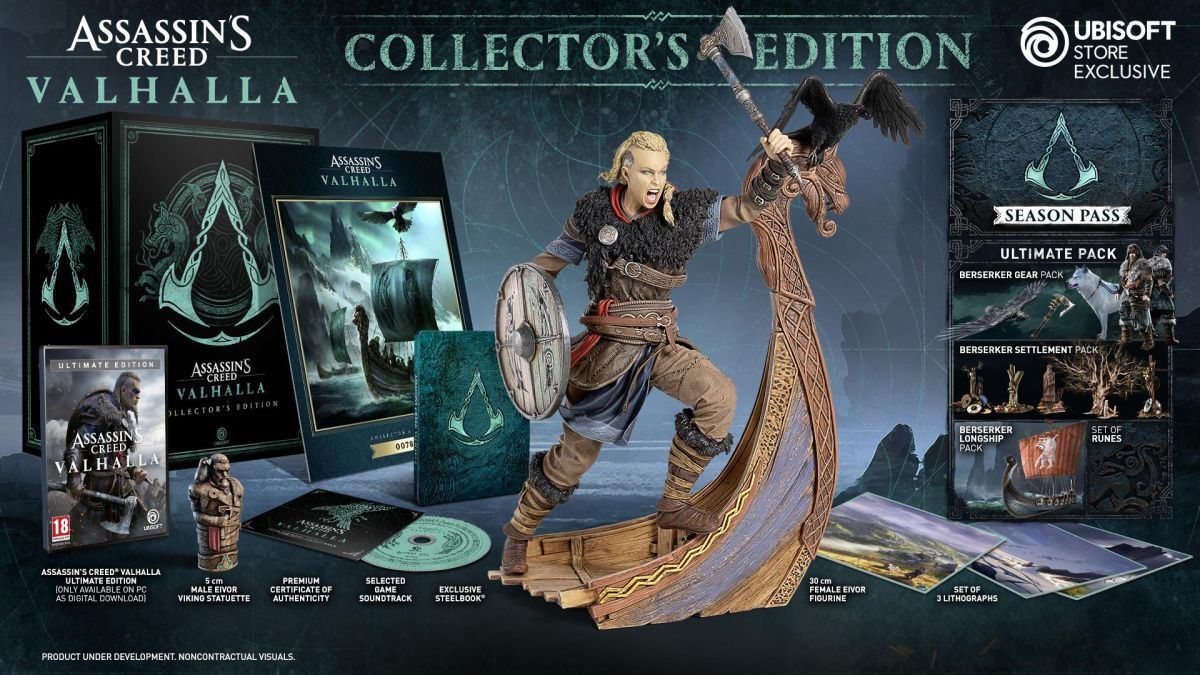