The upcoming PS4 exclusives have been slightly delayed

Sony has announced new planned release dates for The Last of Us Part II and Ghost of Tsushima.

"As our teams at Sony Interactive Entertainment and Worldwide Studios approach development milestones and confront a world changed by COVID-19, we find ourselves having to adapt to today’s ever-changing environment. As we begin to see an ease in the global distribution environment, I am pleased to confirm that The Last of Us Part II will arrive on June 19. And Ghost of Tsushima will follow on July 17," said Hermen Hulstm Head of Worldwide Studios, SIE.

The new dates represent about a month of delay from the previously planned launches in May and June, respectively.

The Last of Us Part II and Ghost of Tsushima are coming exclusively to the PlayStation 4. 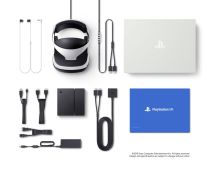