With a reach that spans generations, and a gameplay style that is both classic and fresh in equal measures, Worms Reloaded sports over 60 single-player missions, full team and game style customization, landscape editing tools including the ability to import images, HD visuals and all the best weapons from Worms series past and present.

Now available on Steam, Worms Reloaded also has an intuitive and satisfying multiplayer interface, meaning that even the most inexperienced PC user can find friends and fresh opponents to be on the receiving end of a grenade or bazooka within minutes. The mutual respect between Valve and Team17 also means that Team Fortress 2 gamers who either pre-ordered Worms Reloaded, or who purchase it before September 2nd 2010, can look forward to exclusive Holy Hand Grenades and a ‘Worms-style’ army hat for their soldier in-game!

“It’s with tremendous satisfaction that we can finally release a PC Worms title after what seems like an eternity, particularly as we’re self-publishing it. This means the connection between our passionate community and the development team itself has never been closer”, said Martyn Brown, Business Development Director at Team17.

“Because of that, we’ll see discussion, support and development of the game going forward, with further additional content and interaction with our community, given the wide customization opportunities in the game.”

Return of the Obra Dinn

Superhot
Online
There is currently 1 member and 121 guests on the website right now. Who's On?
Activity in the past 10 minutes: 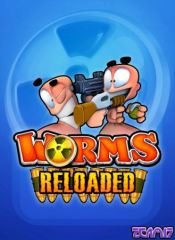