Latest patch will add tournament mode, all the teams

Konami has announced that the upcoming UEFA EURO 2020 downloadable content for eFootball PES 2020 will launch on April 30, free for all users.

As the Official Videogame of the UEFA EURO 2020 tournament, eFootball PES 2020 will soon feature all 55 UEFA national teams, including their latest kits and squad rosters to match their real-life counterparts.

Wembley Stadium, the iconic venue for this year’s UEFA EURO 2020 Final, and Saint Petersburg Stadium will also be included in the upcoming update.

PES 2020 is available for PlayStation 4, Xbox One and PC. 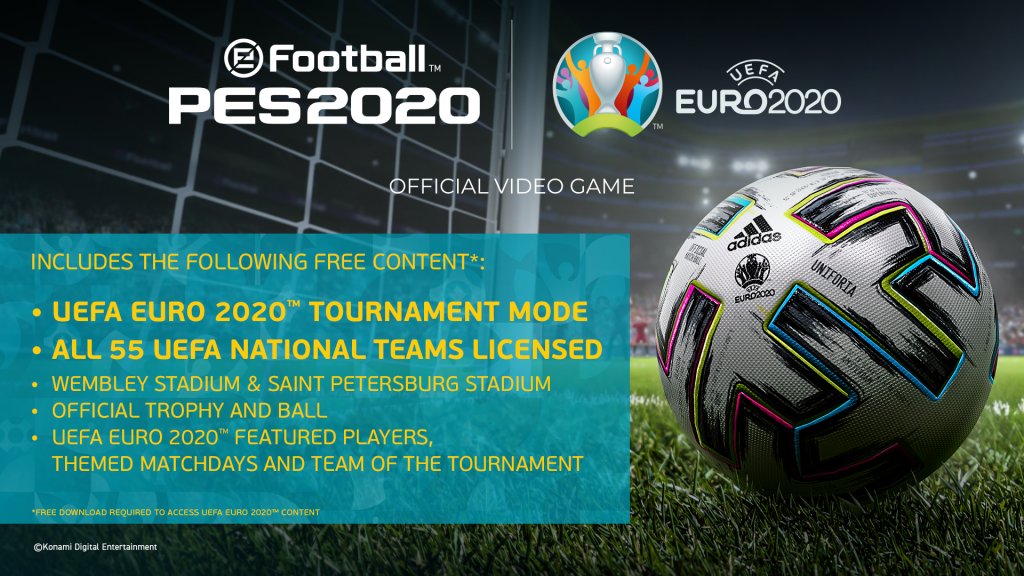