At participating retailers, those who pre-order Marvel’s Avengers will receive either a limited-edition pin set, patch set, digital comic book, or SteelBook. The company also kicked-off its pre-order program today, which includes guaranteed access to the Beta, an exclusive nameplate, and a Marvel Legacy Outfit pack.

In addition, players who pre-order from the PlayStation Store will receive additional pre-order bonuses, including a Ms. Marvel “Talk to the Hand” emote and “Marvel’s Avengers: Hex Pattern Logo” dynamic theme. The exclusive Digital Edition on the PlayStation Store includes an exclusive Ms. Marvel nameplate and 1,000 credits which can be used towards Super Hero customizations. This edition also includes 72-hour early access. PlayStation 4 players can also play the beta first when they pre-order any edition on PS4.

Marvel’s Avengers is planned to release on PlayStation 4, Xbox One, Stadia, and PC on September 4, 2020. 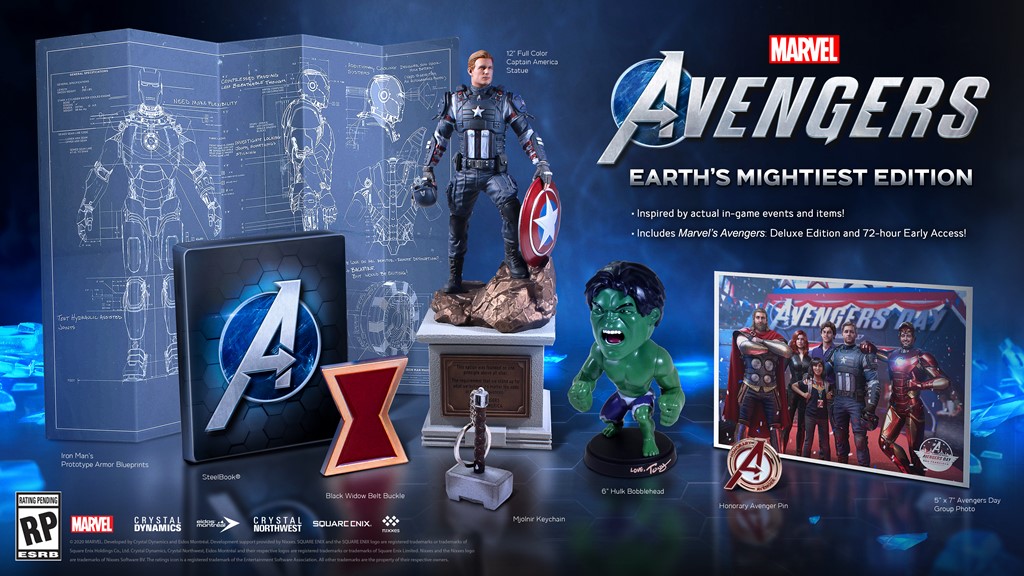