Season Two of Call of Duty: Modern Warfare begins on February 11 and it includes new maps, weapons, and some extra modes.

Three maps will be available on launch day. They include Rust, which is a remake of the popular Modern Warfare 2 map, available in standard multiplayer and gunfight.Another gunfight map, Bazaar takes place in the cramped streets of Urzikstan. The third map is Atlas Superstore, a warehouse level, available in standard multiplayer. A fourth map, Khandor Hideout, is due out later in the season.

Another part of Verdansk will be opened up for Ground War combatants. Zhokov Boneyard will feature players fighting it out through an airplane graveyard.

Later in the season, three new modes will be available. Demolition returns to the series, which sees one team try to destroy two bomb targets. Infected mode is coming to Ground War. And NVG Reinforce is a nighttime mix of Domination and Search & Destroy.

Two free weapons are available via the battle pass: a mobile assault rifle the Grau 5.56 (Tier 15) and a powerful SMG, the Striker 45 (Tier 31).

Other content released during the season includes new operators, solo trials, ranked gunfights and a slew of new missions. All content will be available on all platforms at the same time. Call of Duty: Modern Warfare released in October last year. 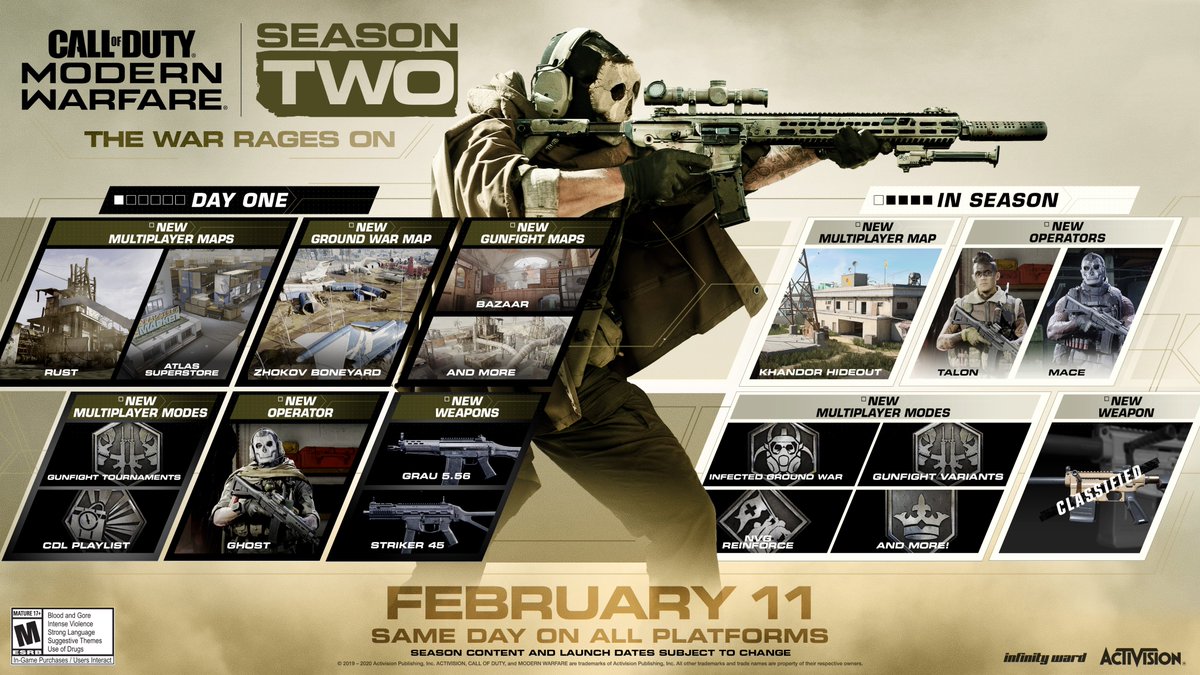