Free Games with Gold for February 2020

Racing, horror, and adventures for the second month of 2020

Microsoft has announced the Xbox Games with Gold lineup for February 2020.

First up, available February 1 to 29 on Xbox One for subscribers is TT Isle of Man. All 37.73 miles of the course are reproduced in this realistic moto-racing title that will challenge your skills and reflexes. Memorize each section and corner each bend to perfection, all while hurtling along at 180 mph.

Next, members on Xbox One can download Call of Cthulhu from February 16 to March 15. In the official videogame inspired by the classic pen and paper RPG, investigate a family death on an isolated island where nothing is as it seems. Trust no one in a story filled with strange creatures, weird science and sinister cults, set within the iconic universe of H.P. Lovecraft.

Available February 1 to 15 on Xbox One & Xbox 360, members can grab Fable Heroes, a hack-and-slash adventure title. As the heroes of Albion, play up to four players, either competitively or in co-op mode, and collect as many gold coins as you can. Defeat familiar foes and new enemies alike in this fresh spin on the beloved franchise and take playful competition to the next level.

Last but not least, members on Xbox One & Xbox 360 can download the original Star Wars Battlefront from February 16 to 29. Participate in memorable battles from the first six Star Wars films as you fight on the front lines with every weapon and vehicle you see at your disposal. Note: No online gameplay support. 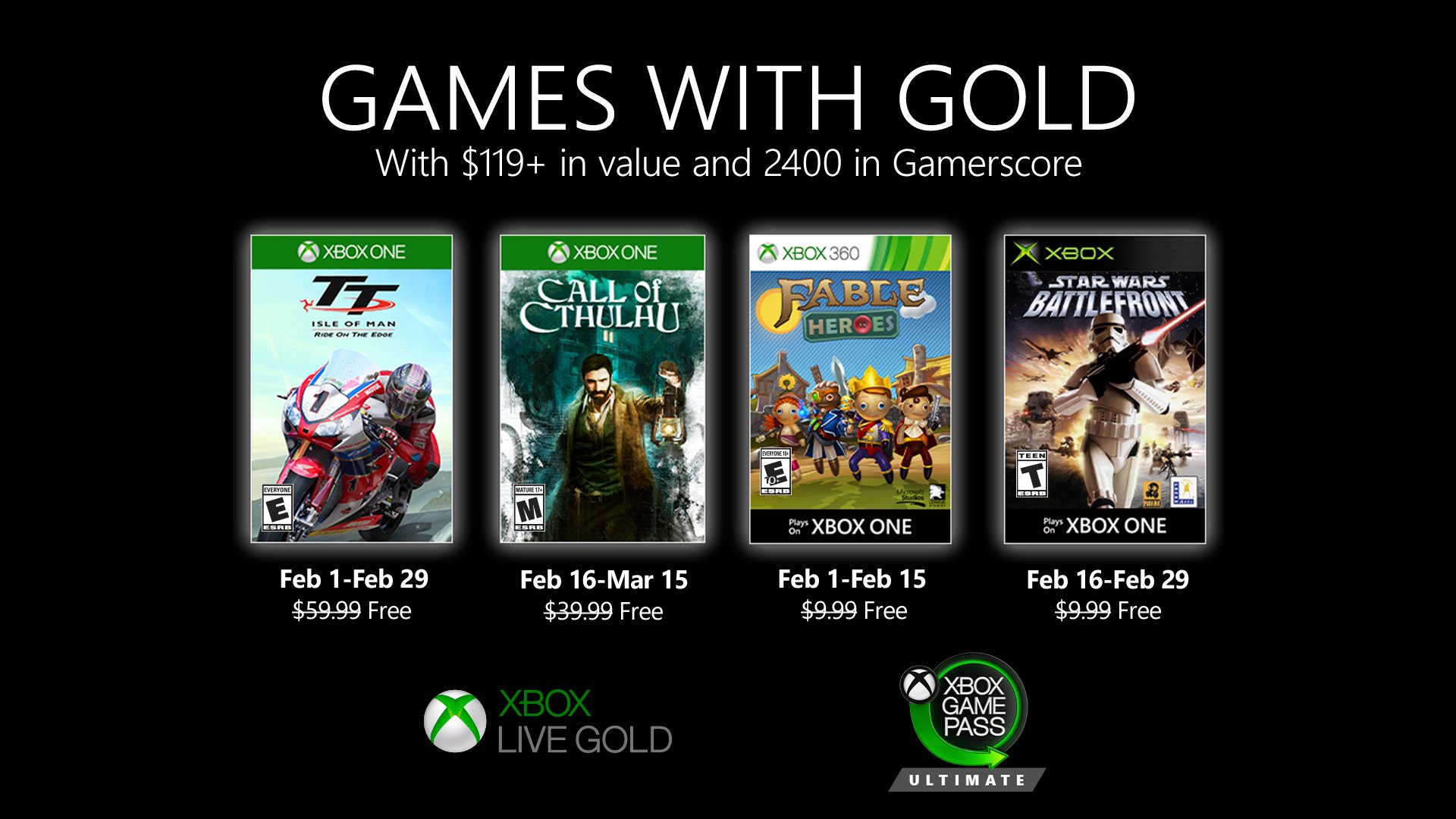 Bulletstorm
Online
There are currently 0 members and 72 guests on the website right now. Who's On?
Activity in the past 10 minutes: