Season One of DLC announced for Call of Duty: Modern Warfare

Infinity Ward have revealed the upcoming Roadmap for Season One of free Modern Warfare DLC, starting next week. All content will release for all platforms simultaneously.

Throughout the duration of Season One, players will get free content such as multiplayer maps Crash, Vacant, and Shipment; Port map for Ground War; Gunfight maps Cargo and Atrium.

New Reinforce multiplayer mode will be a hybrid of Dom and S&D, a single-life mode with both teams competing for control of three flags. Also coming is On Site Procurement gunfight mode, a 2v2 mode with a twist: Begin with just your fists, and gather equipment as the match progresses. Lastly, Infected mode is also coming.

Season One kicks off December 3, but not all content will be live on launch day, and instead added overtime. 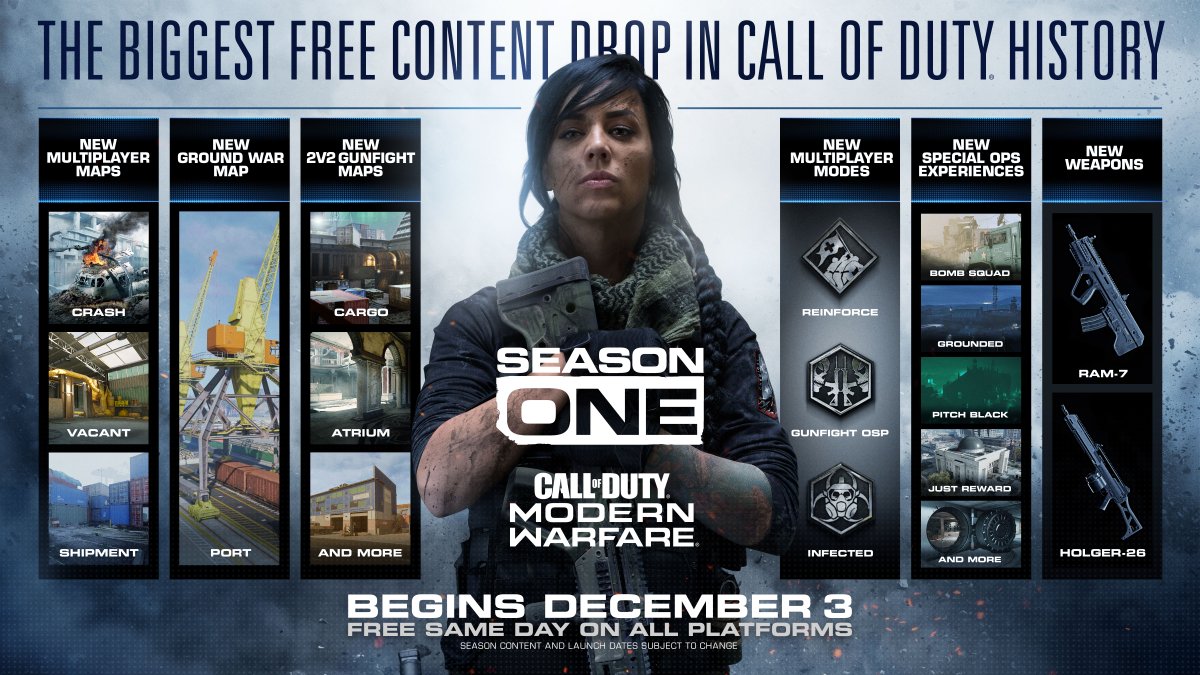