Pokemon Sword and Shield out now

New entry in the series arrives on Nintendo Switch

Nintendo has announced that the next video games in the iconic Pokémon series, Pokémon Sword and Pokémon Shield, are now available.

Players arrive into the Galar region for the first time. Trainers can explore a region with an idyllic countryside, contemporary cities, forests, and snow-covered mountains. In the Galar region, Pokémon can Dynamax, taking on gigantic appearances during battle. When Pokémon Dynamax, their power is boosted and they become much more difficult to catch — and to take down.

The Wild Area is a wilderness that stretches between the region’s different towns and cities. Here, Trainers will find a wide variety of wild Pokémon to battle and catch. The types of Pokémon that can be found in the Wild Area and the situations in which Trainers can battle them can even change depending on in-game weather conditions.

While battling Pokémon in the Wild Area, Trainers can take part in a new battle format called Max Raid Battles. These are epic multiplayer battles in which up to four Trainers band together to catch a wild Dynamax Pokémon.

Pokémon Sword and Pokémon Shield are available only on Nintendo Switch. 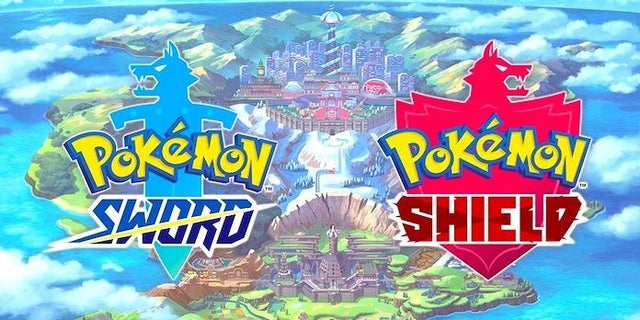