12 tracks across hip-hop, rock, and more

2K has announced the in-game soundtrack details for WWE 2K20.

The full WWE 2K20 playlist is available on Apple Music. 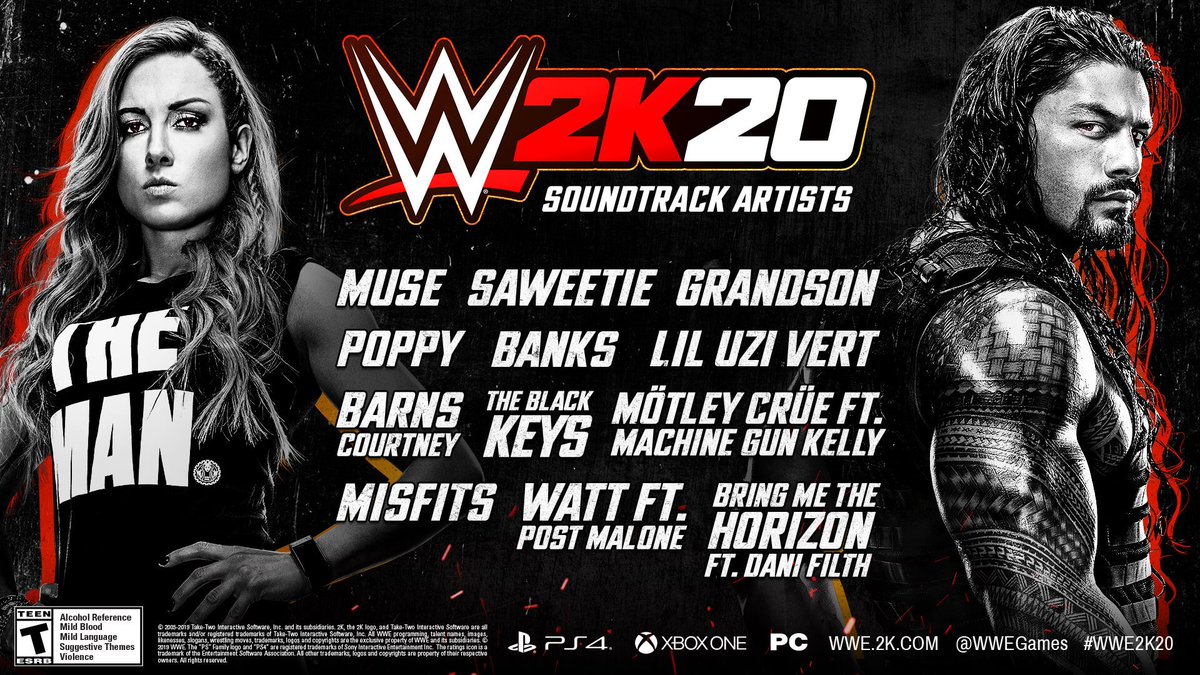