50 songs chosen, more to be found via contest

2K has announced details about the NBA 2K20 soundtrack.

50 tracks from artists such as Drake, Meek Mill, Billie Eilish, Post Malone and the late Nipsey Hussle will appear in the upcoming game. All of the songs have been chosen by 2K and validated by UnitedMasters.

Additional songs will be dynamically added throughout the year across genres, spanning hip-hop, R&B, electronic, pop and rock. UnitedMasters are kicking off a global search to discover new artists and tracks to be added to the game. From August 1st until September 15th, artists can submit their track using the new UnitedMasters app and it will be evaluated by Steve Stoute, 2K and star-studded celebrity judging panel. The 10 best tracks will be chosen and added to the soundtrack in a later update.

Developed by Visual Concepts, NBA 2K20 is coming this September for PC, Xbox One, PS4, and Nintendo Switch. 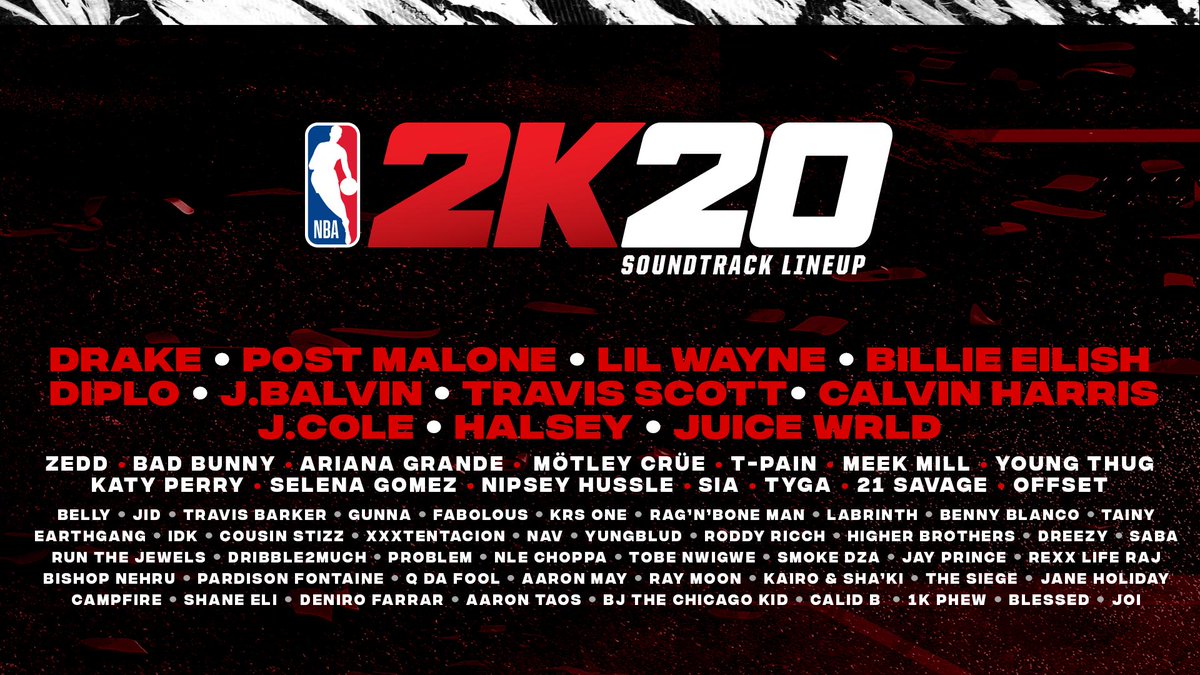