Square Enix has announced a wealth of new information at E3 2019 regarding the upcoming Final Fantasy VII Remake.

FFVII Remake is a reimagining of the original game, diving deeper into the world and its characters than ever before. The first game in this project will be set in the city of Midgar and presents a fully standalone gaming experience that provides a starting point to the series.

The 1st Class Edition includes all Deluxe Edition content, the Carbuncle Summon Materia DLC, as well as a Play Arts Kai Cloud Strife and Hardy Daytona box set (bundled separately), which is available to pre-order in limited quantities from the SQUARE ENIX Store.

Last but not least, the publisher has announced that the game will be available first for the PlayStation 4 system from March 3, 2020. 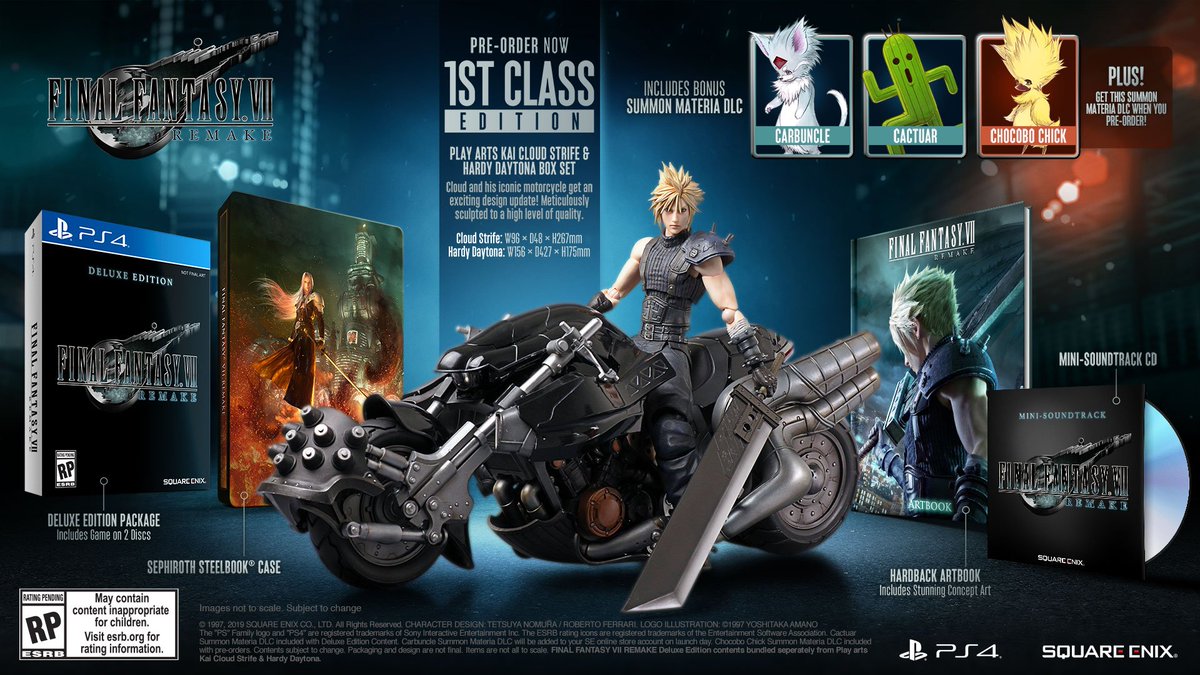