Codemasters have announced that Season Two for DiRT Rally 2.0 begins on June 4, 2019. The new season will include cars, liveries, and environments. Content will be made available every two weeks with the focus being on rallycross.

Starting in June, players will get access to two rally cars: Peugeot 205 T16 Rallycross and Ford RS200 Evolution. Week seven will see the release of Wales Rally, which would be July 16 if all goes to schedule. Latvia and German Rallycross will be available in week 3 and week 11 respectively. Full roadmap can be found below:

Ross Gowing, Game Director, said, “Season Two is a perfect blend of new and old and there is something here for everyone. Fans will be thrilled at the return of the Group B rallycross cars and we’re excited to give our community two new circuits in Latvia and Germany.”

Players who bought the Deluxe Edition will receive all content as part of their Season Pass. Others will be able to purchase the content separately on their digital store of choice. DiRT Rally 2.0 released on PC, Xbox One and PlayStation 4 in February this year. 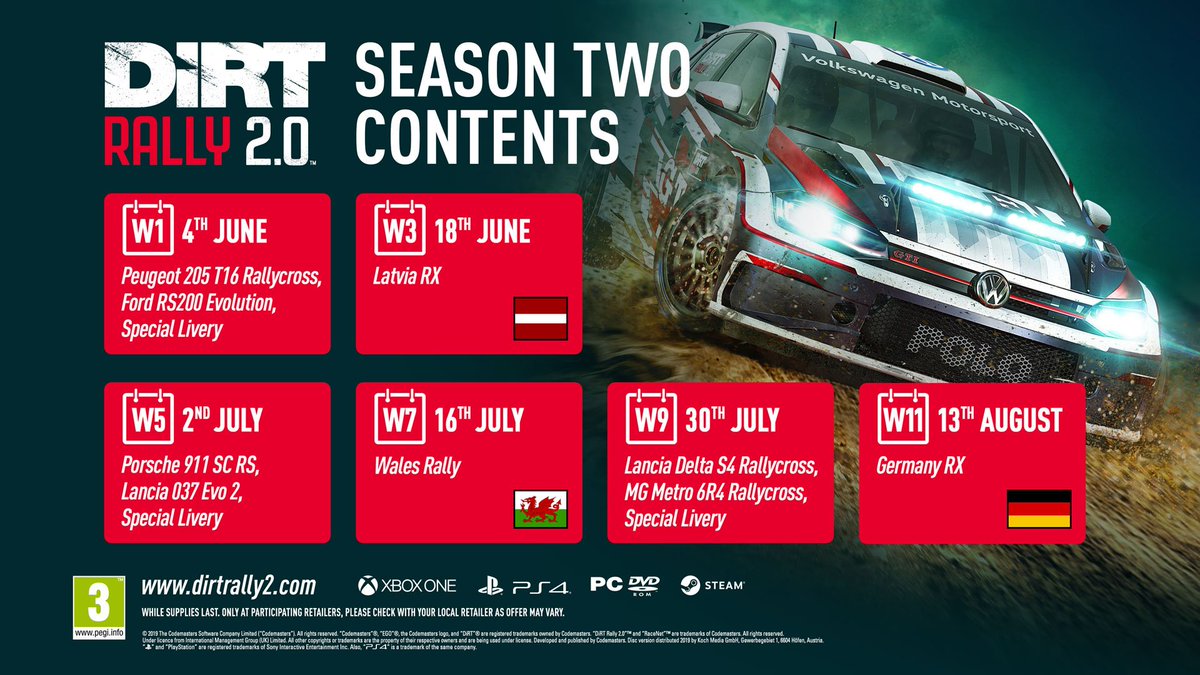 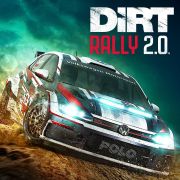