Remake of action game will be ported to the Nintendo console

Become the best Guerrilla fighter of a famous resistance group and swing your sledgehammer against the suppression and power of The Earth Defense Force.

Red Faction Guerrilla Re-Mars-tered Edition is coming to Nintendo Switch on July 2nd 2019. The game is also available on PC, Xbox One, and PS4. 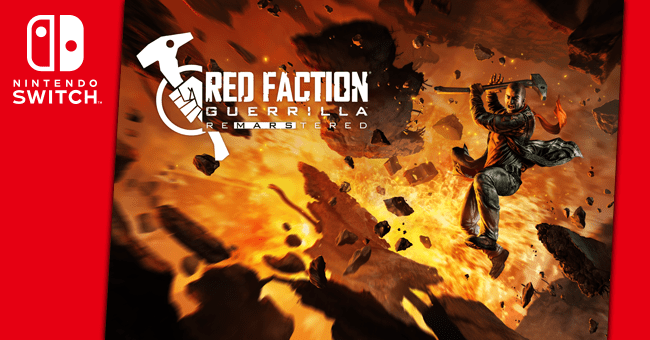