Devils of Destruction DLC for Just Cause 4 coming soon

First of three DLC packs in the expansion pass

Square Enix has announced that Dare Devils of Destruction DLC is coming on April 30th, 2019 to Just Cause 4.

Fans can complete 15 new missions to unlock over 16 all-new weaponized vehicles. Experience new levels of destruction, attack missions in never before seen ways, employ new tactics against the forces of the Black Hand and cause mayhem.

This is the first of three explosive over-the-top DLC packs in the Dare Devils, Demons and Danger Expansion Pass. Each pack promises more vehicles, new modes, weapons and activities.

Just Cause 4 was released late last year on PC, Xbox One, and PS4. 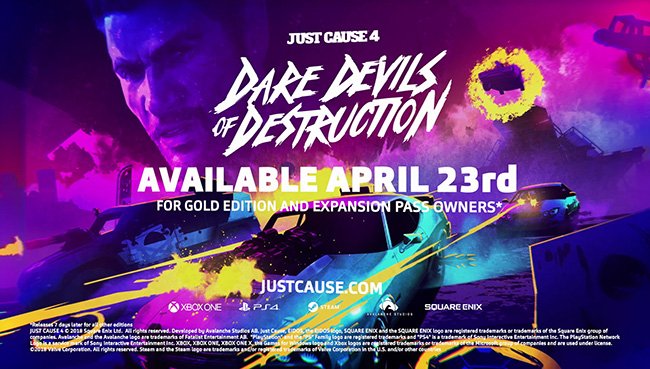 Danger Rising DLC coming to Just Cause 4
Just Cause 4 gets Los Demonios DLC in July
Just Cause 4 out now
Prev:
Trials Rising gets Sixty-Six expansion
Next:
The Fate of Atlantis DLC story begins this month for AC Odyssey 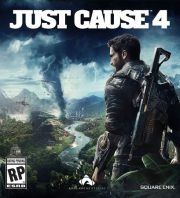