Free Games with Gold for March 2019

Microsoft has announced the Xbox Games with Gold lineup for March 2019.

Available March 1 to 31 on Xbox One, members can get a free copy of Adventure Time: Pirates of the Enchiridion. Help Finn, Jake, Marceline, and BMO discover why the Land of Ooo is underwater. Explore by land and sea, fight pirates, and search for hidden clues to solve the mystery and save their drenched world.

Later, from March 16 to April 15 on Xbox One, members can download Plants vs. Zombies Garden Warfare 2. In this shooter, zombie leader Dr. Zomboss has strengthened his horde and rebuilt suburbia as a zombie utopia. But hope remains, because for the first time the plants are taking the offensive in an attack to reclaim their turf.

Meanwhile, members on Xbox One and Xbox 360 can get Star Wars Republic Commando from March 1 to 15. Set during the events of the Clone Wars, as leader of an elite squad you’ll need to infiltrate, dominate, and annihilate your enemy. Your unit will follow your every command and act as a team to destroy the Separatist forces.

Then, Xbox One and Xbox 360 members can grab Metal Gear Rising: Revengeance from March 16 to 31. Focusing on pure action, play as cyber-ninja Raidan, a child soldier transformed into half-man, half-machine. Slice and dice your cyborg enemies and take on a worldwide conspiracy with a high-frequency katana blade and a soul fueled by revenge. 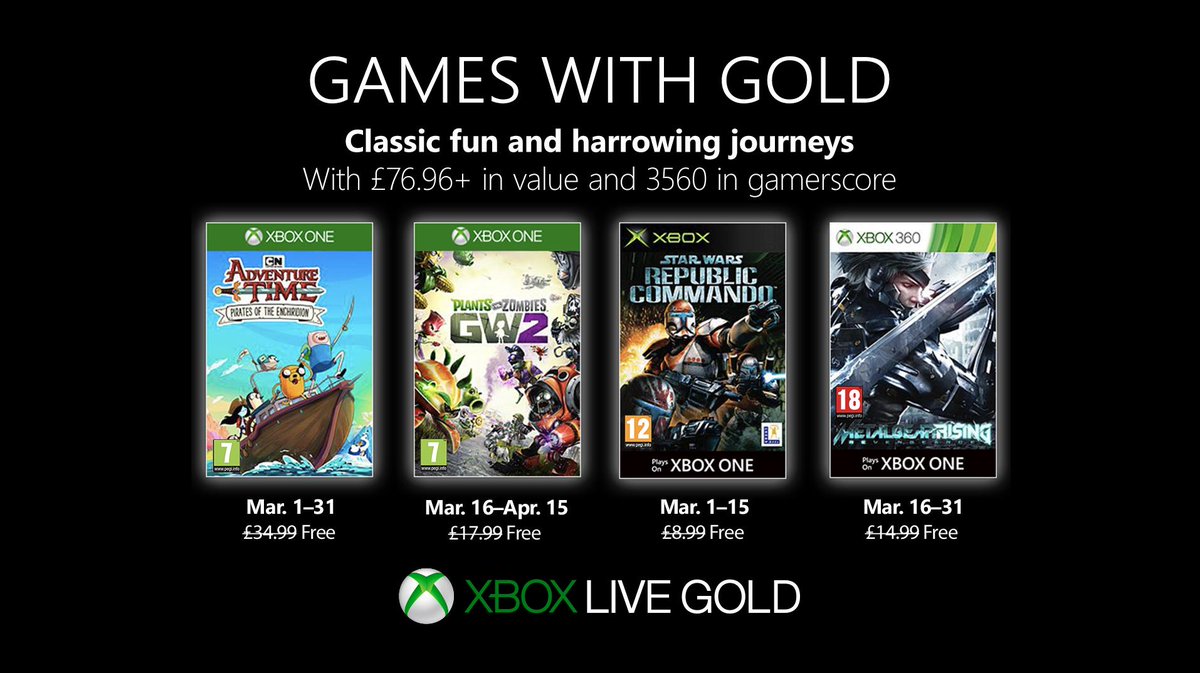 Lego Harry Potter: Years 1-4
Online
There are currently 0 members and 132 guests on the website right now. Who's On?
Activity in the past 10 minutes: