Free Games with Gold for July 2018

Microsoft has announced the Xbox Games with Gold lineup for July 2018.

Subscribers on Xbox One can download Assault Android Cactus from July 1 to 31. Play as android cop, Constable Cactus, or nine others as you blast a bevy of baddies to protect your spaceship in this twin-stick shooter. Then from July 16 to August 15, members can get Death Squared, a puzzle game where cooperation and communication are key.

On Xbox 360, and Xbox One via Backwards Compatability, members can download Virtua Fighter 5 Final Showdown between July 1 and 15. Customize and fight as 17 characters. This definitive version of the series includes an overhauled fighting mechanic, including “offensive mode,” a new strategic side-stepping ability to attack your enemy. And later, from July 16 to 31, subscribers can grab Tom Clancy’s Splinter Cell Conviction. Return to the iconic role of Sam Fisher, this time a fugitive from the government he used to serve. In addition, take part in the separate co-op adventure. 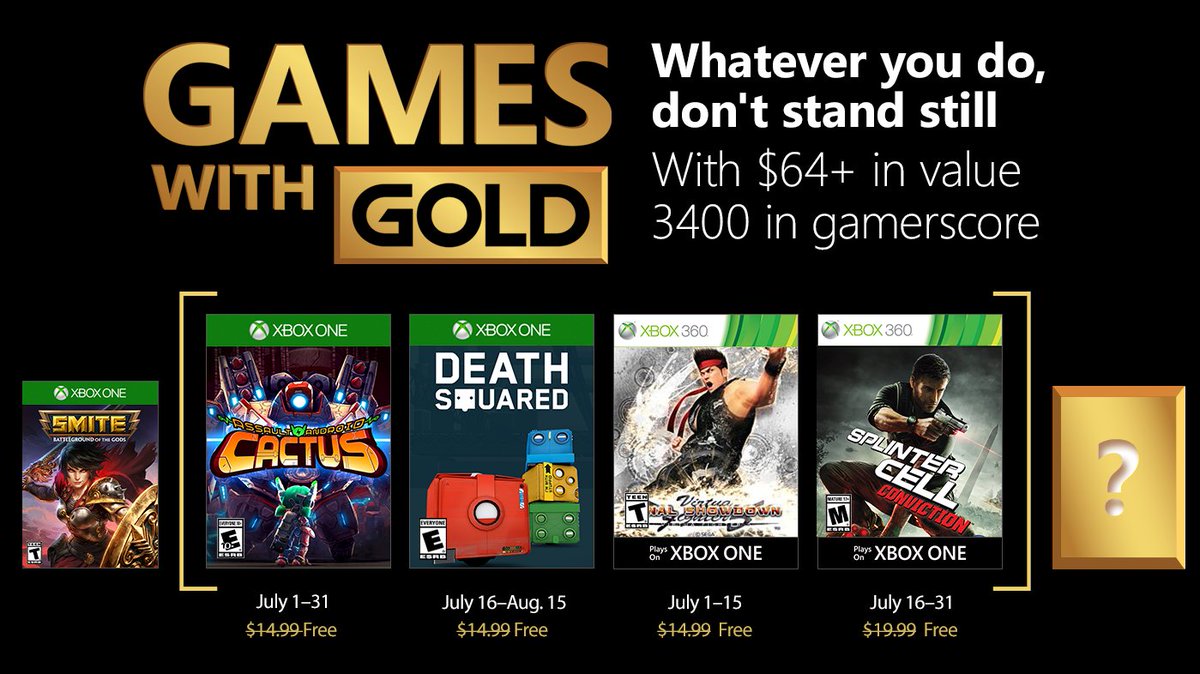 Tony Hawk's Pro Skater HD
Online
There are currently 0 members and 142 guests on the website right now. Who's On?
Activity in the past 10 minutes: