The third DLC pack for shooter is out next week

Activision has announced United Front, the third DLC Pack for Call of Duty: WWII, launching first on PlayStation on June 26.

United Front DLC includes three new Multiplayer maps: Market Garden is set against the backdrop of Operation Market Garden, one of the largest airborne operations in the European Theatre. Monte Cassino is nestled below a mountaintop monastery, a war-torn village that offers verticality with rooftop vantage points and sneaky flank paths along the cliffs. Lastly, Stalingrad, based on the largest confrontation in World War II history, features two main bases located on opposite sides of a war-torn city.

United Front also features a new War Mode mission: Operation Supercharge. In this all new mission, the Allies airdrop into Tunisia and push into a Nazi-occupied village to capture key supplies, then cripple the enemy by detonating a key transport bridge. They then make the final knock-out blow by capturing entrenched Axis fortifications.

Call of Duty: WWII was released last year on PS4, Xbox One, and PC. 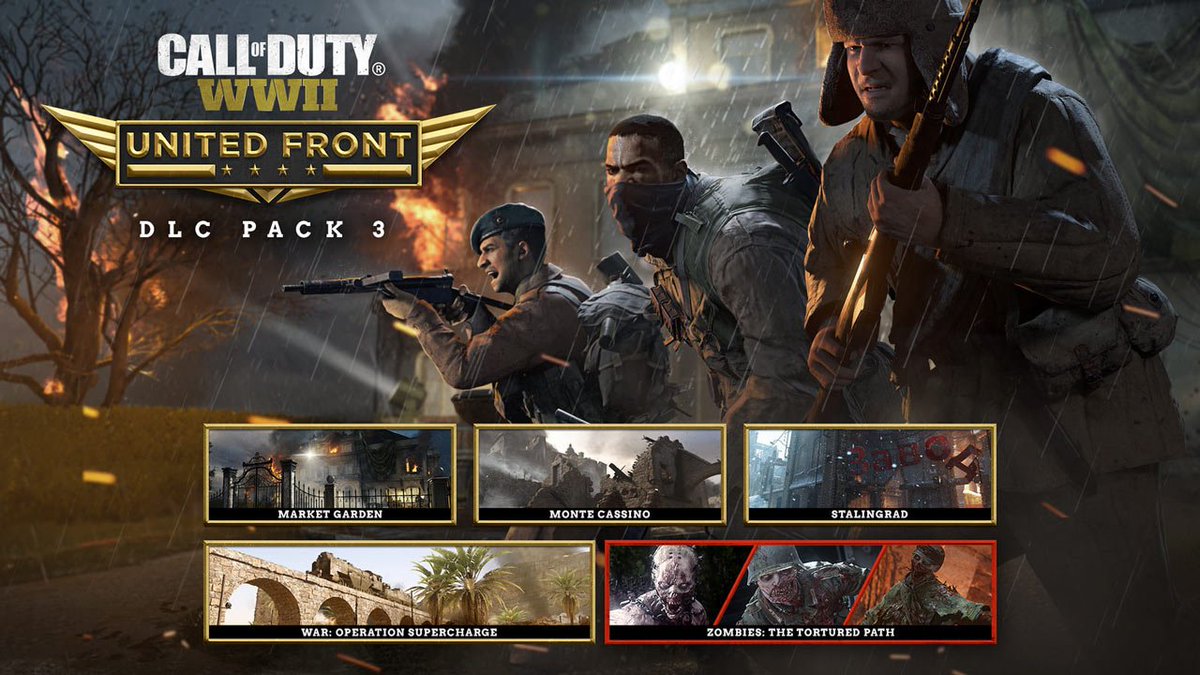 All videos for Call of Duty: WWII (8)