New details on game modes and customization for pirate game

A new PvPvE mode called Hunting Grounds was showcased. Setting players loose in the open Indian Ocean, this new mode will let them hunt merchant ships, loot trade routes, and sink enemy vessels either as a lone wolf or part of a pirate gang. As you pillage and plunder your way towards fame and notoriety, you'll have to fend off the forces of empires, rival pirates, and the ocean itself.

Hunting Grounds will be available alongside Disputed Waters, Skull & Bones' dedicated PvP multiplayer mode, which pits you and four other players against a rival pirate gang to fight over riches, sink opponents' ships, and get treasure loot.

In addition to finding a vessel that suits you, players will be able to customize their ship with different weapons and crewmates. Nearly every visual aspect of the ship, including sails, figureheads, ship wheels, paint colors, and pirate captain, are said to be adjustable. 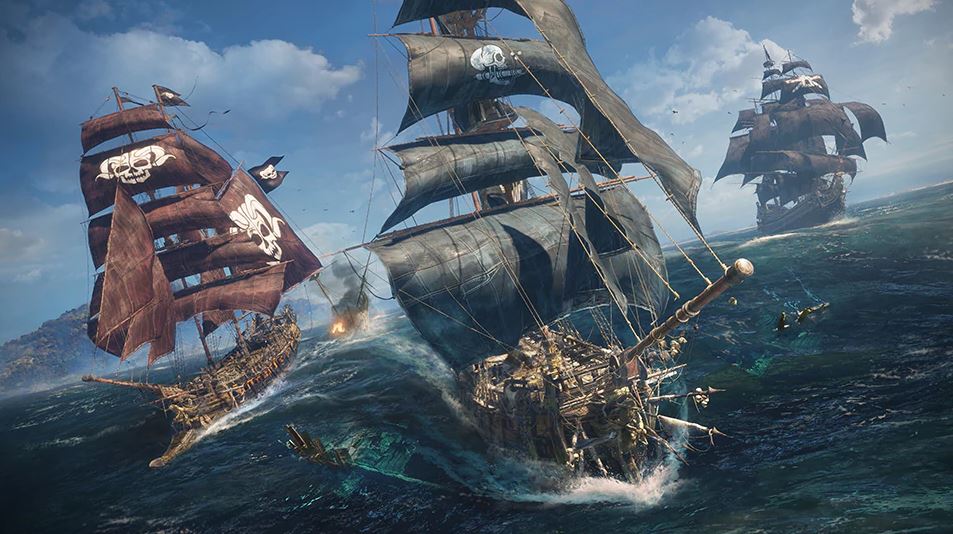