Sea of Solitude in development

Second title in the EA Originals program is coming soon

EA has announced Sea of Solitude, the second title in the EA Originals program that works with independent developers to bring promising games to market.

Sea of Solitude is developed by Cornelia Geppert and her team at Jo-Mei Games in Berlin, Germany. When humans get too lonely, they turn into monsters. That’s what happened to Kay. Now only monsters can change her back.

Players take the role of Kay, the central character. We follow her journey as she finds out that her biggest enemies are not the ones she comes across as she explores the Sea of Solitude, but something even more dangerous. 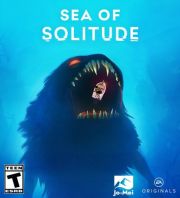 All videos for Sea of Solitude (2)